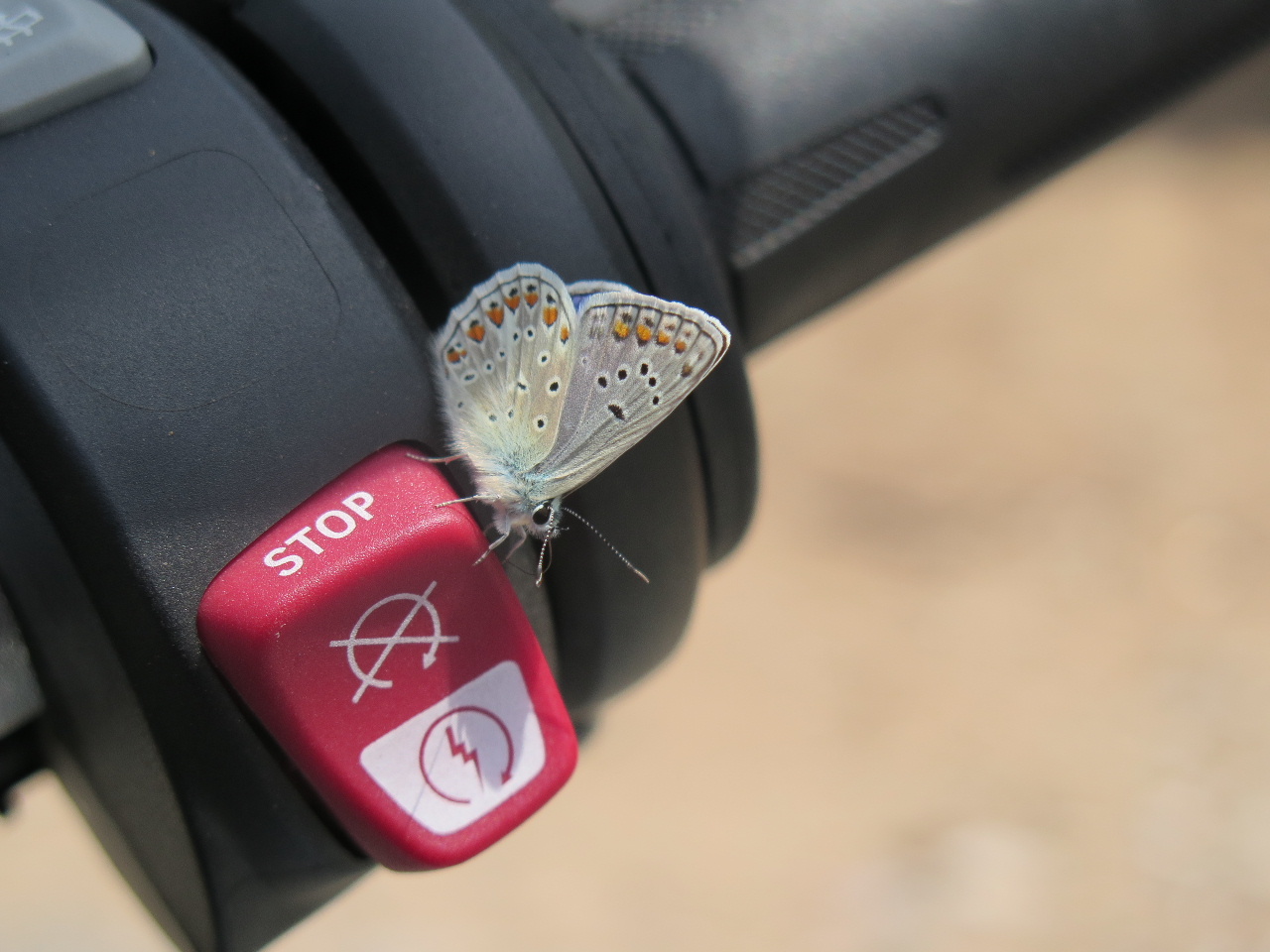 This is the sixth and final part of my write up following a very decent trip in Spain and Portugal, although I will write a sort of supplementary post that picks up on a few general issues and reflections on the trip, and if you’re at all interested in what I think of the BMW RnineT as a bike to tour on then it will probably be worth looking out for that post.

If you missed the previous part you can go to Part 5 by clicking here.

By this stage of the trip it was Monday and I was due back in Santander on Wednesday night for the late ferry home to Plymouth.  I fully intended to make the most of my last few days of what had been a wonderful trip and one that had met and exceeded all of my expectations.

I had decided to head for Libros in Aragon. Libros itself is a small village, the 2016 census indicted it had a population of just 113. I booked myself a room at the Casa Rural Teresa which looked nice enough and in a location that would make a good stopover before my last full day on this years trip.

Distance wise, it was around 160 miles if I took a direct route, so an easy and relaxed days riding. With a decent breakfast, another fine days weather in prospect and a route worked out that would take me first to Albatan, then Fuente Alamo, Almansa, El Ponton and Manzaneruela before finally arriving in Libros the day looked promising.

As with every other day on this trip, the roads were good, the scenery at times spectacular and my enjoyment levels once again were right at the top of the scale.

It was easy to fall into the routine of packing my bag, loading the bike and heading off and with plenty of time and nothing in particular to think of it was always likely that a good day was in front of me, and that’s exactly how it turned out.

It’s true to say that the overall the scenery was generally less dramatic than on some of the previous days, but it wasn’t any the less enjoyable and with temperatures up around the top 30’s and into the 40s I made sure that I took plenty of stops for my fairly standard roadside order on this trip of a coffee and a cold drink (normally orange).

On a couple of occasions I found my coffee stops by turning off my route and following signs for the nearest village – it always worked out well.

My accommodation at the Casa Rural Teresa was good, although it was the first and only place I stayed at on this trip that didn’t have air conditioning, but did have a fan which although not ideal seemed to work reasonably well.  My room was well furnished, the bed was comfortable – although the shower had a range of features that just left me puzzled and I never quite figured out the myriad of massage functions, but I did manage a decent shower bathed in a pleasant blue light and with a radio playing inside the shower cubicle.

I wandered around the tiny village, took a few pictures then found somewhere for a beer and a bite to eat, this was also the first place I stayed at where my bike was left at the front of the property next to the main road, rather than being tucked away anywhere – but it was safe enough.

The other thing that had happened during the time I was taking a shower was that it had rained! I wasn’t aware of it until I went out for a wander around, and to be honest after the bright blue skies and heat of the previous couple of weeks it seemed a bit odd. But probably within 45 minutes or so the ground was dry, the skies clearing and it was as if it had never rained. After my beers I spent a few minutes booking the final accommodation of my trip  before bed and a decent nights sleep.

Well all good things have to come to and end, and the morning brought with it my last full day and overnight stop on this years trip. I was set to head for the Hotel San Camilo in Navarette in the Rioja region, and a stop that would leave me with a really relaxed start and easy journey to Santander the following day.

After a reasonable breakfast and loading the bike I was on my way – heading out to Daroca and then Monton, Mazalvete and San Andres. Happily and despite it being the back-end of my trip my day was as easy as it was enjoyable – fine weather, fine views and fine roads with the regulation refreshments stops taken at a very relaxed pace with plenty of time to think about and reflect on the last couple of weeks. It really had been a great trip and easily made it into my top three road trips.

My accommodation certainly ticked the right boxes and it was a case of the usual routine, shower, change and a beer – with cherries literally falling at my feet as I sat outside in the pleasant gardens in the early evening sun. The hotel itself used to be the home of Camilos priests and was founded in 1948, restored in 1999 and along with its 44,000 square metre grounds was a really rather nice place to stay and relax.

On the downside the hotel restaurant wasn’t open, but as the town was only a 10 minute walk away it was hardly an effort to get something to eat and I opted for a supermarket and a ‘home made’ sandwich.

My final day was as lazy as they get. I didn’t bother to check out until about 10:30 or so and pretty much ambled my way to Santander, despite forecasts that had threatened rain, none came and it was just an easy trip via Briones, Penches, Ona, La Puente and onto Santander – and plenty of decent roads as well. And it wasn’t the first time on this trip that I was richly  rewarded for not taking the direct route.

I was back at the ferry port with plenty of time to spare and spent much of the time chatting to a few other bikers like you do, swapping our respective trip stories, talking about our bikes and the like – all of which helped pass the time easily despite the ferry being delayed by an hour or so.

The crossing home was OK, certainly not as smooth across the Bay of Biscay as the inbound journey but despite the motion of the boat and the general noises and creaking that are evident when it’s not quite so smooth I slept well – but I can’t honestly say I was looking forward to the slog home to Manchester from Plymouth – which turned out to be everything I expected, damp in parts, dull, boring and mind numbing.

I was home for around 11:30pm,  left the luggage on the bike, grabbed a shower then shared a bottle of wine with my wife and enjoyed a fabulous piece of the welcome home Bakewell tart she had made for me!

It really had been a great trip but it was great to be home as well … after all you can’t go away again if you don’t come home!

You can got to previous posts in this Blog using the following links:

Smart Spot – get closer to the action attach phone to scope