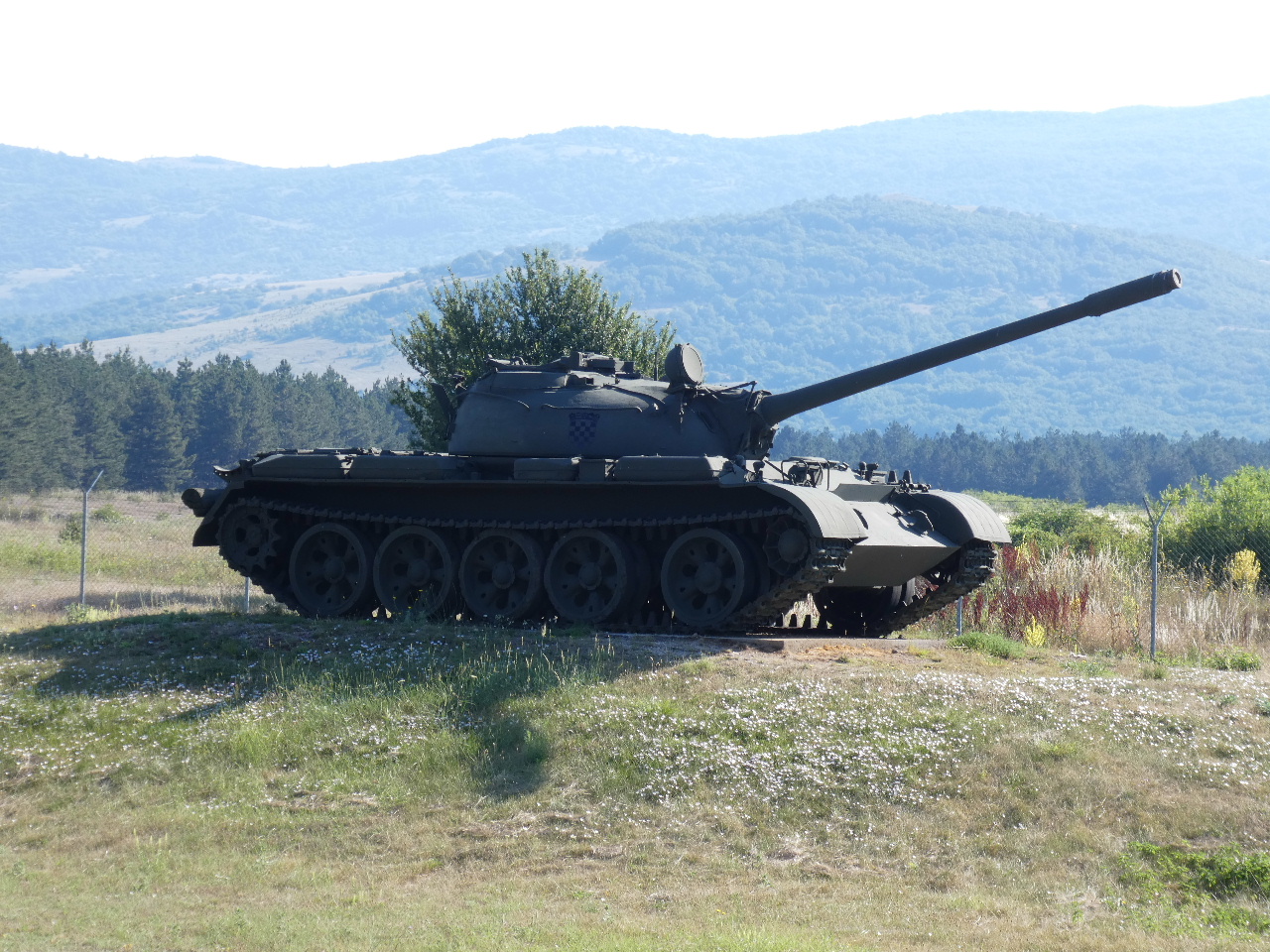 I had decided that I would head back into Slovenia and stay at a place called Lokve a short distance from Nova Gorica.

The roads from Udbina, (which I wrote about in Part 4) were decent and initially took me past a fairly large military installation that looked to still be in use and then out into open countryside in the mountains before dropping down towards the coast for some truly exceptional views.

The route along the coast was at times breathtaking and I was in no rush – had I gone point to point then the route could have been as low as around 120 miles or so, but without any time pressure I more or less followed my nose in the general direction of where I wanted to go – and in any case it was super hot, and I made sure that I didn’t skimp on the refreshment stops along the way.

Despite it being a pretty relaxed and low mileage day I was hot and exhausted by the time I arrived at my hotel. My overnight accommodation in Lokve was very good and as ever in Slovenia was great value, although I was glad I wasn’t sharing my room with one of the ‘bugs’ that I saw outside!

Even before checking in the staff were almost insistent that I take a seat in the shade of an umbrella, whilst they brought me  a (large) cold beer.

The beer was as welcome as it was needed and not for the first time on this trip I just sat, admired the views and reflected on the days journey – its fair to say I was satisfied and happy.

The following day I headed for a place called Bad Wiessee in Germany, I knew that my route there had potential to make for  a really good day – what I didn’t know as I planned my route over breakfast was just how good it was going to turn out to be.

My route would take me into Austria and Italy, but not before I had initially headed down towards the River Soca (Slovenia) and then in the general direction of Udine – in fact it was down by the Soca that I had the first of only a couple of times on this trip that I traveled on roads I had been on before, but I made it sure I didn’t do that for too long and took the first bridge across the Soca that I could find so as to travel on the opposite side than I had previously rode on (in 2015).

To say the roads and the ride was good would be something of an epic understatement, it was simply top quality.

one of my favourite trip pix

Although I had planned an approximate route I ended up making a fairly random change to it … I had been riding along (in Austria) when I went past an Austrian ‘band’ in full traditional outfit and who appeared to be getting ready to march/walk – on the baiss that wasn’t something I saw every day in Manchester I decided to turn back and have a look and so pulled up in a sort of lay-by where they were forming up.

There was only me there, so I clapped and gave a cheer as they went past. Two of the ladies came across and offered me schnapps from a wooden barrel, I traded the offer of schnapps for a selfie with them (schnapps and riding don’t go at all).

Once that was done and as my bike was now pointing in a different direction to what it had been I decided that fate had chosen that for me and so I would head that way and just take the first left turning that I came to.

It turned out to be ideal as I headed by chance into the Mallnitz National Park on superbly surfaced and twisting roads.

I’ll spare the detail but another random decision saw me putting my bike on a train … and ended up taking a short journey through a mountain just to see where it came out.

It was an utterly brilliant day, I ended up at a cracking hotel, had  a great pizza, some good wine and finished the evening with an Amaretto – talk about a good days riding, this one was right up there.

Here’s the link to Part Six. If you missed previous posts for this trip you can get them by clicking the following links:

If you enjoy reading the Blog posts, you can receive an automatic notification every time the Blog is updated directly to your inbox by adding your email address at the top right hand corner of the Blog

Wow so amazing :)) I like single travel . that so fun