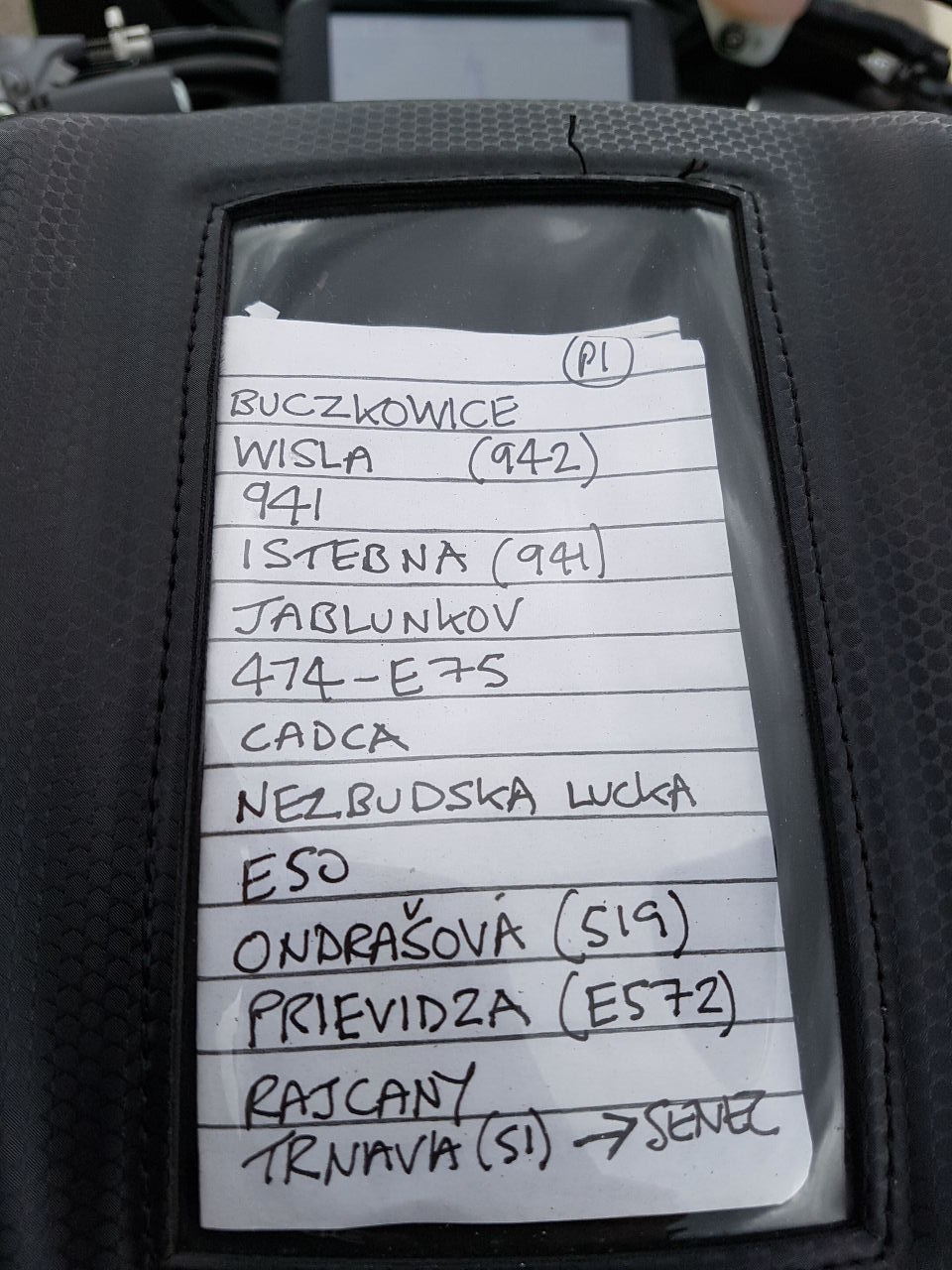 In Part One of the notes from my most recent trip/wanderings around Europe I said that I had headed off across Germany and then spent a couple of days traveling in Poland. My second stay in Poland had been at the very decent Hotel Sahara not to far from Bielsko-Biała .

I decided that from there I would head in the general direction of Croatia, traveling down through Slovakia a country I hadn’t been to before.

I had decided to leave the Hotel Sahara early so as to make the most of the day, and as I wanted to be on the road by around 07:00/07:30 it meant missing breakfast, which isn’t something I would normally do when I’m on a bike trip.

I had decided I would get something to eat en route, but the receptionist at the hotel did sort me out with a decent coffee and almond croissant though before I left.

I was on decent roads within minutes of leaving the hotel and I really enjoyed my riding through Poland and then through Slovakia, it was truly beautiful. I was in the Czech Republic (or Czechia to give it its more modern name) for a short time and crossed through several old and disused border crossing during the day all of which were sort of fascinating in their own ways.

Overnight at a vineyard. Oddly enough and completely by chance I ended up staying at a Slovakian vineyard in Samorin which turned out to be a fascinating stop over, especially when my curiosity and questions about the place led to me being offered a personal tour  – it wasn’t huge in vineyard terms but does produce around 400,000 litres of wine a year.

Off to Slovenia.  After my night at the vineyard and perhaps not surprisingly a couple of glasses of very decent wine I set off after breakfast the following day to head once again in the general direction of Croatia and traveled through Hungary and into Slovenia where I had an overnight stay down near Novo mesto

The riding was excellent with some fantastic sights along the way, many of which will stay with me for a long long time. Having said that it’s fair to say that I met a couple of interesting characters when I stopped for a cold drink at a roadside cafe/bar in Hungary – even though it was before lunch it was clear that they had been on the alcohol already … and it showed.

It certainly made for an interesting stop, and although it was all harmless enough I was sort of glad to be on my way.

My stop in Slovenia was excellent and proved to be incredible value for money – I ended up staying in an apartment for four, shopping at a local supermarket for my evening meal and making use of the kitchen facilities that I had.

The only downside to the day was when I got a wasp like creature up the arm of my jacket. I had swapped to short gloves due to the heat and doubtless that how the critter got up there and I felt the sharp stings (four times) before I could stop and deal with it. Other than that it proved to be another interesting and wholly enjoyable days riding.

You can go to Part Three here.

Macro photography in the garden – with Neewer macro ring flash

Heading back to normality. #manchesterlife #city #

Its not Watership Down. #rabbits #rabbitsworldwide