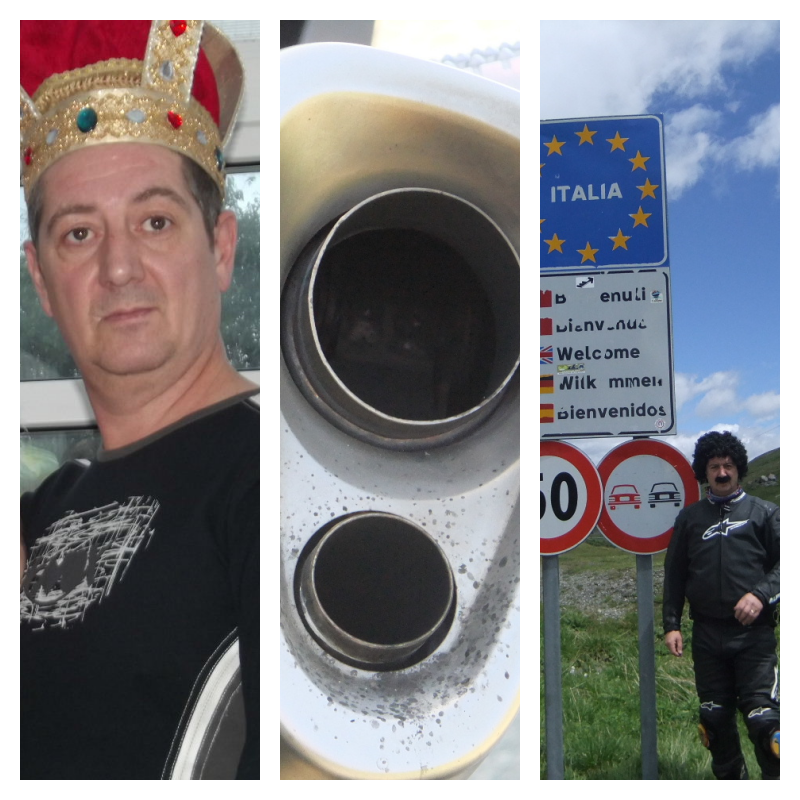 Part 6 of the Lockdown Lookback features another couple of European Road Trips (RT11 and RT12) one of which was memorable for me for all the wrong reasons when I was involved in an avoidable accident on the A55 in Italy and which put something of a dampener on the trip.

This was also a period in which two new bikes arrived in my garage one was a Moto Guzzi V7 Cafe Classic – a beautiful 750cc Italian bike manufactured to mark the 90th anniversary of the Moto Guzzi factory in Mandello del Lario, and it’s a bike I still have, the other new arrival was a pearl white Honda CBR 1000 R.

RT 2011 had been done on the Honda Fireblade but the legacy of my 2010 accident on the Suzuki and that I mentioned in an earlier post, made riding a sports bike too uncomfortable for me due to the damage I had done to my wrists. The 2011 road trip had really illustrated just how much of an inpact the weight on my wrists was having on me with use of the clutch and front brake becoming inceasingly problematic trhoughout the trip.

Not too long after the 2011 trip I took a Honda CBR 1000 R out for a (long) test ride and absolutely loved it. I had pretty much decided before I returned to the showroom that if I could get a decent deal on the Fireblade I would trade it, which is exactly what happened.

The ‘Blade had been excellent and had just a few miles under 10,000 on it when it went. The 12 months or so I had ridden it had demonstrated what a decent bike it was, had it not been for the wrist problems I would have kept that bike for at least a further year.

There are three seperate galleries in this post the first (Galery 1 has general pictures from 2011/12) Galleries 2 and 3 are given over to pictures from the 2011 and 2012 road trips respectively.