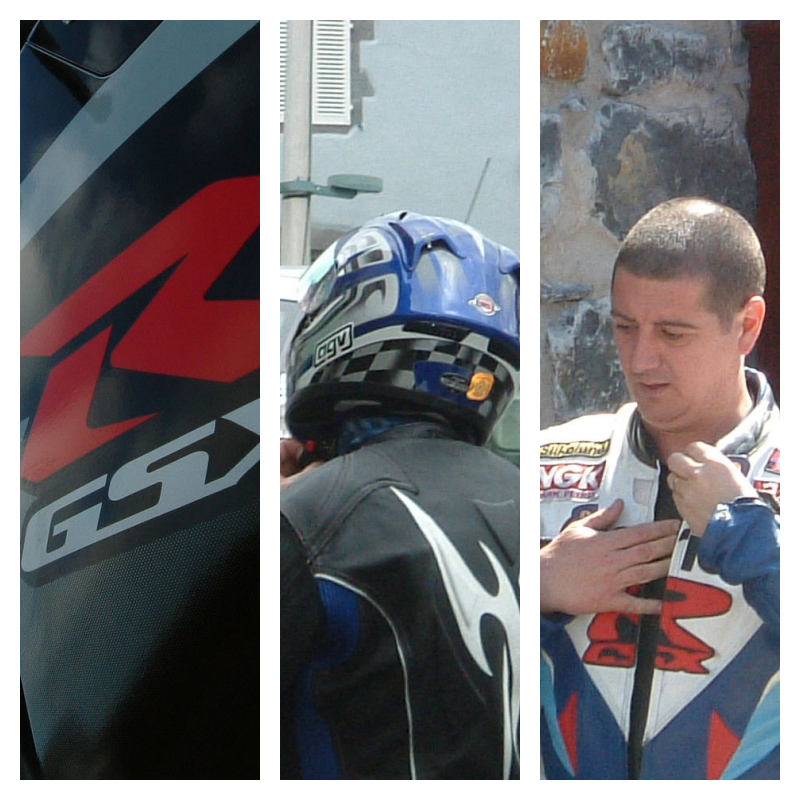 I said in Part 1 of the lockdown lookback that having tidied the shed, the garage and the spare room as well as cleaning (and re-cleaning) the bikes I decided to have a tidy up of me digital picture collection and then to look back at pictures from over the years and post them in a series of blog posts (the lockdown lookbacks), which seems as good a thing to do as anything else until I can actually get out on a bike again. This is Part 2, you can view Part 1 by clicking this link

You can go to Part 3 here

2005 and 2006 were good biking years, my brother Mike bought a Yamaha Thundercat and did a couple of european trips, new friendships were made and cemented and the european trips continued and became established as an annual event -with me as organiser! It was also the time when a group of us started an annual Edinburgh trip which at times over the years morphed into The Annual Scotland Trip to Wales – they were certainly very happy biking years.

In addition to the usual ride outs activity I attended the bike shows at the NEC and Manchester (G-Mex) as well as the very decent Rossendale Bike Show/event which unfortunatey no longer runs.

I changed my bike, not too much of a change though as I moved from the K3 GSX-R 600 to the new re-designed GSX-R 600 K5, which was essentially the same bonkers power plant but the bike had become more slimmed down losing some of its curves for more angular featues. I bought the K5 from DK Motorcyles in Newcastle under Lyme which at the time was a pretty big and always busy dealership, it may be that it still is, but to be honest I havent been there for years and years – maybe I’ll check that out this year once we move out of lockdown.

It was also pre the Go-Pro camera revolution, that didnt mean that onboard footage couldnt be obtained, but it certainly involved a lot more messing about that it does these days with a Go-Pro and there is of course a world of difference with the output quality as well, but friends and I had a lot of fun with the cameras and we got decent footage that was frequently included in the annual DVD production of the european trips

This was of course the era of Ewan McGregor and Charlie Bormans ‘Long Way Round’ saga and for a time one of the BMW GS’s would often feature at bike shows (see the gallery below) – the trip and the bikes were to go onto become a staggering success for BMW, at that stage I was years of getting a BMW – I was still to have a variety of bikes before I bought a BMW.

I’ve selected some pictures from the 2005/06 period. Clicking on any picture should open a scrolable gallery.

A visit to Lymm Dam in Cheshire