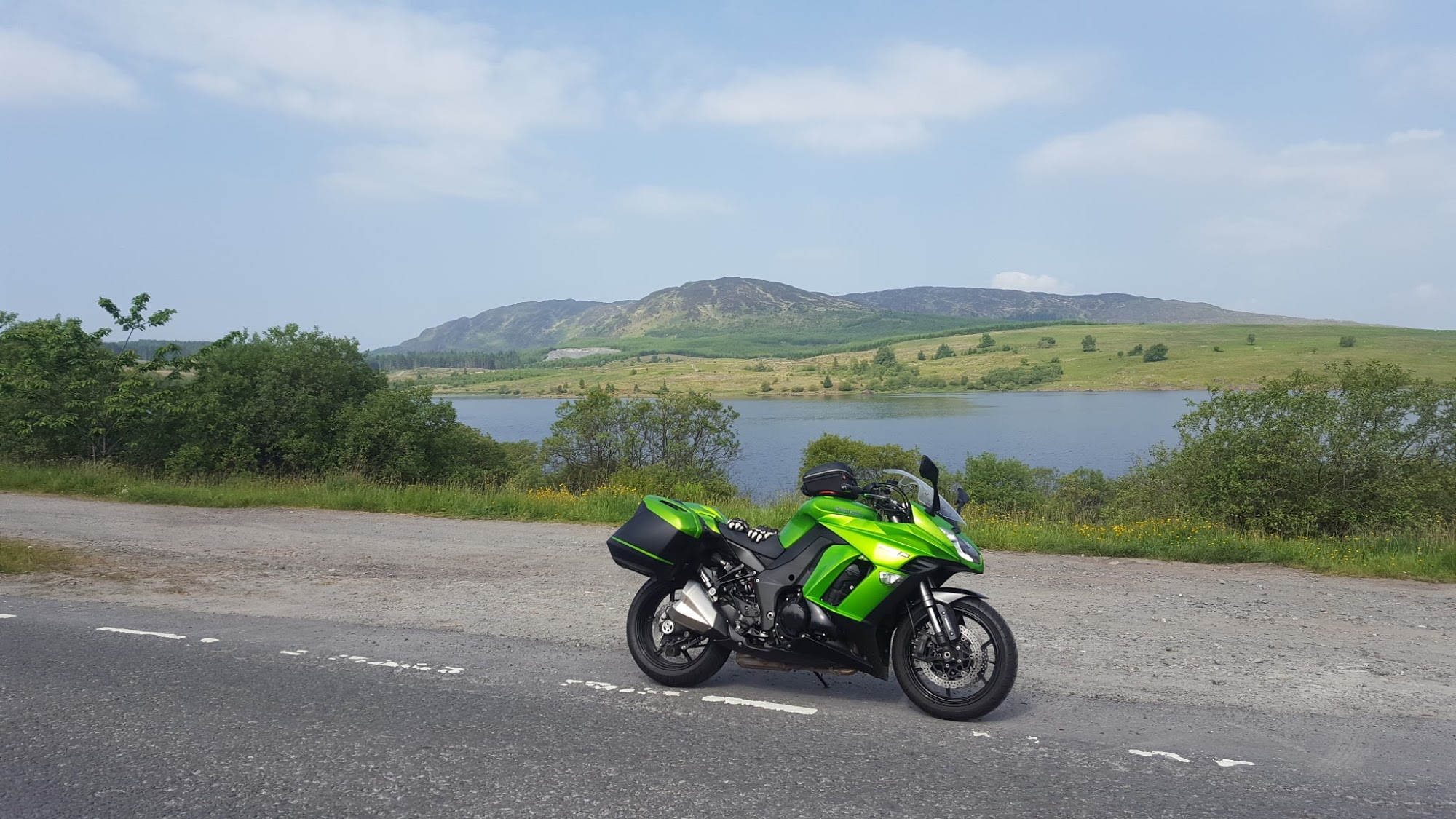 I’ve just about to trade one of the best bikes I’ve ever had.

The Kawasaki Z1000 SX I have had for the last three and a quarter years or so  has quite simply been superb from the day I got it back in May 2014 until the day I said goodbye to it.

It was the 9th May 2014 when I took one out for a demo’ ride from Bolton Kawasaki, I immediately loved it and on return from the demo’ ride I struck a deal to trade my Honda CB1000 R and arranged to collect the Z1000 a short while later on the 20th May.

In the time I have had it there hasn’t been a single issue with the bike, I’ve not even needed to replace a bulb and other than spending money on servicing and standard replacement parts, brake pads, tyres etc it’s been an incredibly reliable bike to own.

I didn’t spend a great deal on ‘extra’s’ for it, other than replacing the rear end with a tail tidy, swapping out the back light and rear indicators for an integrated unit, replacement cans from SP Engineering, stock levers for some more adjustable and matching green levers. I think the only other addition was a set of lowering links from Lust Racing which dropped the bike by about 30mm I think and made a useful and comfortable improvement for me.

You know this is true

The bike hasn’t exactly been sat in the garage these last few years – it’s taken me on a good number of trips (four European trips and of course numerous UK rides and overnights).

The 2015 and 2017 European trips in particular really provided the opportunity to demonstrate what a fabulous touring bike the Z1000 is.

The 2015 trip saw me head across northern Spain, into France and then down into Tuscany then down the Mediterranean coast of Italy as far as Amalfi before pretty much meandering back up the Adriatic coast (and in and out of the Appenines) and then into Slovenia and the Trentino region of Northern Italy – including crossing the Stelvio Pass before heading for home.

My recent trip earlier this year probably eclipsed the 2015 trip when I traveled through Poland, Slovenia, Slovakia, Hungary, Bosnia and heading down past Dubrovnic in Croatia before returning via Italy, Austria, Germany etc.

I often say that all bikes are a compromise of sorts, and I also often say that I reckon you can tour on most any bike. I’ve done European trips on GSX-R 600s; 750 and 1000, as well as on a Fireblade RR and a CB1000R and all of them have acquitted themselves well

But I suppose it’s fair to say that when it comes to a European tour and being away for two or three weeks it’s the Z1000 that has the least compromises of the bikes I have traveled on. The OEM luggage system is superb, the tank range is excellent and the performance of the bike is wonderful whether making that last slog for the ferry up to Rotterdam or Zeebruge or whether you are realising a dream barreling along the Sorrento/Amalfi coast (see the my short You Tube video here).

It’s basically all pretty good when you’re on the ZX.

The bike is in the garage, back to stock and ready to go and it goes virtually blemish free.

There is a small mark on the right hand side crankcase and the tiniest of scuffs on the left hand lower fairing. The finish of the bike is just about how it was when it came out of the showroom, the candy line green paintwork has the same rich lustre as it had on day one, the gearbox is as smooth as it’s ever been and even the chain is in fine order.

The pictures below were taken last week just before returning the bike to stock – hardly the look of a bike that has done the trips it has.

If I was to be picky and find fault, then I suppose the seat isn’t quite as comfortable as it ought to be for a bike like this, although I gather this years model has addressed that with a slightly lower stance and a wider seat.  I found that the front end can feel a little heavy and ponderous at slow (car park) speeds and I didn’t rate the OEM tyres for either feel or durability – I ran Bridgestone T30s as my final choice and found them to be superb, although one thing I would add is that I thought the ZX was more sensitive to incorrect tyre pressures than other bikes I have had.

So why change it then? I suppose if its that good and I’ve enjoyed it that much, why am I changing it is a reasonable question to ask. Basically it’s as simple as I want a change from riding inline fours – I’m fortunate enough to have a couple of other bikes in the garage so always have a choice, but as much as I have truly enjoyed the Z1000 it just feels like it’s time for something different and along with that a different set of compromises.

What was on the short list: I considered a few bikes to change to and probably looked at the ranges from almost all manufacturers – but in truth there really were not that many that I really wanted enough to trade for.

The bikes I did consider were: the new Z1000 SX; the Indian Scout/Scout Sixty; Yamaha XV950 and the BMW R nine T.

Although the new Z1000 is sure to be an improvement on the model I have and as superb as it undoubtedly is, trading to one would really to all intents and purposes be more of the same.

I think the Indian Scout is a really interesting bike and it really does get fabulous reviews, we went to look at them and I do like the look and wouldn’t rule one out at a later date (the new 2017 Bobber version is a good looking machine as well).

My wife and I almost bought an XV950 for us both to use last year but opted for the Vulcan S and although the XV950was a bike I considered it didn’t really make the cut for me – as nice as I think it is.

So that brings me to the bike I have traded the Z1000 for – it’s the one in the last picture, a BMW R nine T from Williams BMW Manchester.

So for now although it’s farewell to the Z1000 it;s not farewell to Kawasaki as we still have the Vulcan S.

Perfect combination – coffee and the Z1000

Me and my ZX

Its been a great bike.

Autumn days … but winter is on the way

Photography … what’s in my kit bag.