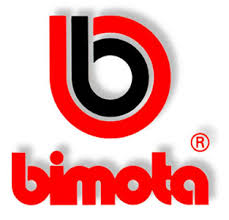 We nipped out for a leisurely evening drive earlier this week and stopped off at a Cheshire pub, as we were leaving we saw an open garage in the pub grounds (which I think belongs to the landlord), once I had spotted a couple of bikes we wandered over for a quick look and a chat.

One of the bikes was trike with some interesting paintwork – not at all my type of thing but a bikes a bike and horses for courses and all of that.

The one that was more interesting was the Bimota SB6.

If you want to know more about the Bimota brand, this link to Wikipedia will provide a useful starting point.  was the To be honest it’s not really a bike that I find attractive or at all easy on the eye, but I can appreciate that my words must be almost heretical to fans of the marque. For many it would tick the boxes of Italian styling and exotica, but not for me – when it comes to Italian bikes it’s the MV Agusta and Moto Guzzi machines that catch my eye.

The SB6 bike is powered by the Suzuki GSX-R 1100 engine, and even back in the mid 1990’s if you wanted to get your hands on the top of the range versions (the carbon fibre shod R model) then it would set you back the best part of £18,000.

It was no slouch either, making around 150bhp and topping out at around 165mph, which although impressive enough isn’t really anything exceptional by today’s standards.

For me, the bikes looks heavy, cumbersome and bulky, its thick aluminium spars seem to dominate and the fairings and rear end plastics looks a little bloated – what I did like were the twin pipes below the seat and showing at the rear end.

Journos at the time spoke highly of its missile like performance on its magnesium wheels, the front wheel held between two pretty chunky looking forks. I can’t imagine this was (or is) a bike for a lazy Sunday ride or for trundling through town and built up areas, but at pace and on a racetrack I suspect it was fully at home.

The bike I saw was for sale, but at an initial asking price of around £7k seemed overpriced to me – but I’m no expert on the used Bimota market and maybe it’s the right price.