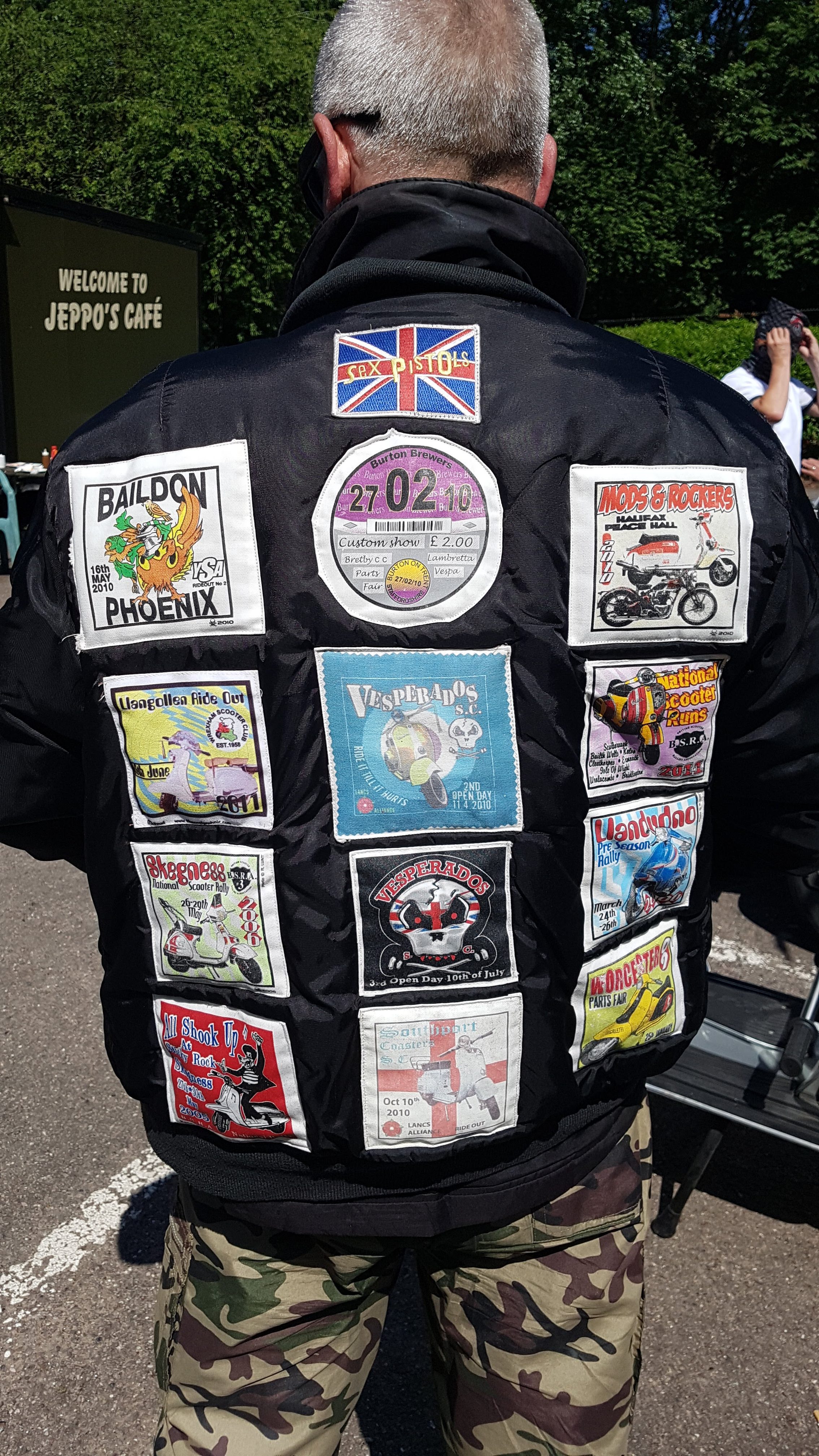 I was out for a few hours at weekend on one of my bikes – the Kawasaki Vulcan 650S, it makes a nice change from the other bikes and once you’ve got accustomed to the forward foot controls it’s actually pretty good and quite a lot of fun, especially when the weather is as glorious as it was when I was out.

I wasn’t out for a long ride – just an 80 mile round trip to one of my regular coffee stops before heading back home to enjoy a relaxing Sunday afternoon.

Whilst I was sat outside enjoying my coffee in the sun a group of guys pulled up, all of them riding scooters, and as they pulled off their helmets it was obvious that this wasn’t a group of young lads out on a ride – in fact it was a group of men, some my age and older who had pulled in for a refreshment stop before heading onward to some sort of ‘scooter rally’ in Llangollen I think.

Whilst ‘scootering’ isn’t my thing, I have always found it interesting to talk to anyone who pursues a holly or pastime that they are passionate about and to these guys were no exception. They were happy for me to take a few pictures and to answer my questions about their machines and their plans for the day.

They were riding a range of scooters, mostly Lambretta’s and Vespa’s although one of them was on a Chinese machine. The scooters themselves had a range of different engine sizes with a mix of 2 and 4 stroke engines.

Some of them had references to what I guess was the 1960’s ‘mod’ era, with Union Jacks, multiple mirror displays and all manner of words and logos painted or stuck on.

Although I’ve never quite ‘got’ the scooter thing that has front ends decked out with multiple mirrors or machines that are sporting large flexible aerial with flags fluttering in the wind, it doesn’t mean that I can’t appreciate the commitment to these guys were showing to their area of interest – and without doubt they were having a good time and were doing something they loved – it can’t be knocked really.

After a 20/30 minute stop and suitably refreshed they mounted their machines and in a riot of 2 and 4 stroke noise were gone, no doubt to enjoy the sunshine and the open road.