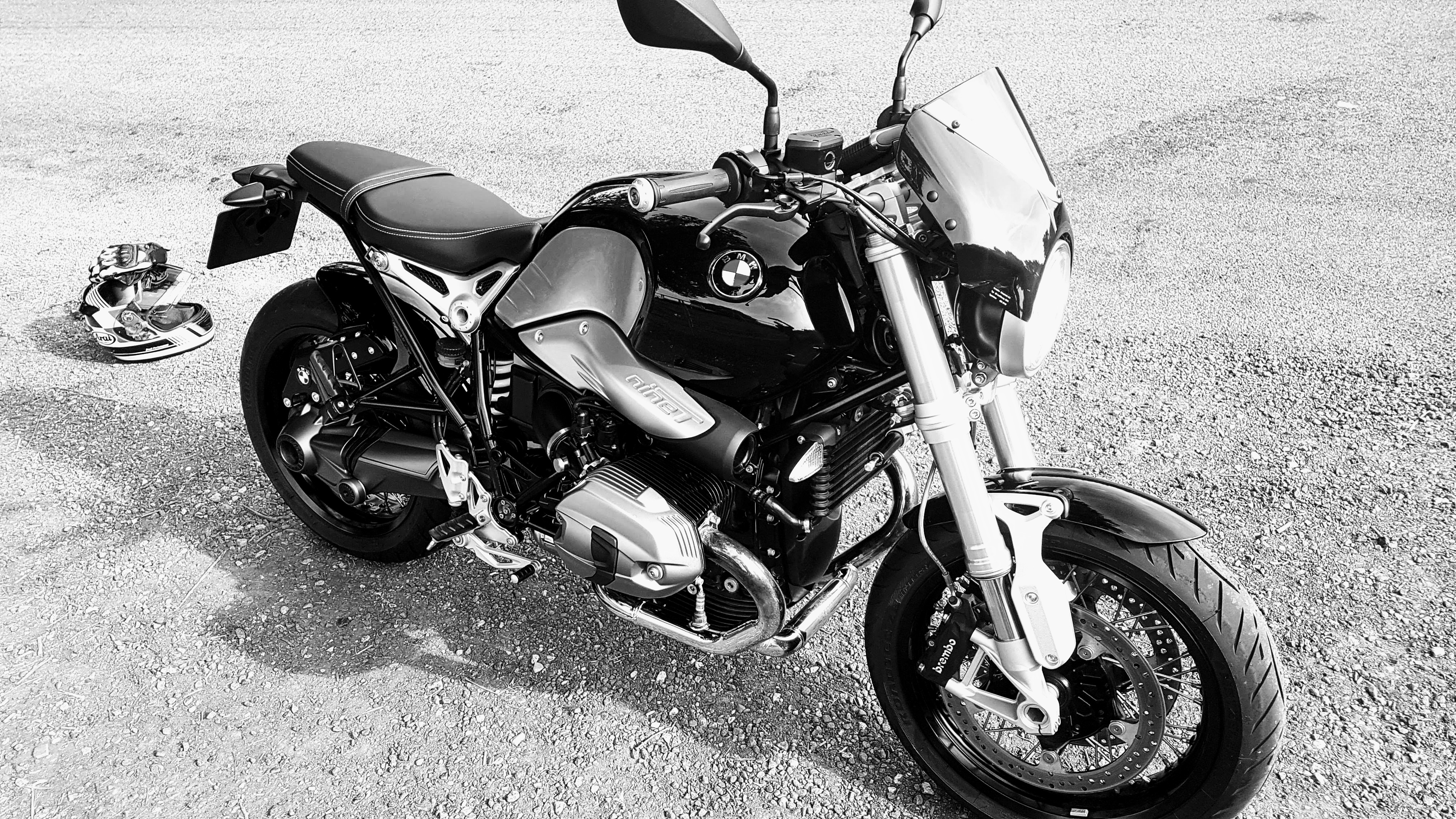 I mentioned a week or two back that I had ordered a fly screen for the bike, I got round to fitting it last week and then used the bike with it on at weekend. First impressions are favorable and it does make a difference. I know there’s a pretty mixed view on fly screens, especially on a bike like the RnineT and whether it kills the aesthetics of such a fine-looking machine, and that of course is a reasonable question.

My decision to buy and fit one was more from a practical perspective that from any attempt to add to the look of the bike. I was pretty clear that fitting a screen wasn’t exactly going to score more points in the looks department, but with my next European trip to Spain and Portugal looming in a few weeks I had started to look around to see if there was anything that might be useful/helpful for the boring 290 mile slog that I will have when I make my journey down to the ferry port in Plymouth from my home in Manchester and then of course the return journey. It wont be a great journey, but the pay off is that within a short time of getting off the ferry in Santander I will be on good roads for the next couple of weeks and wont be heading down a motorway until my return to the UK.

I had a good look around the web for possible options and eventually settled on the Puig New Generation screen. Price wise it was pretty decent and cost around £83 or so.

The screen came well packaged, and by coincidence one of the labels on the box was a near dead match for the flowers that were in our living room!

The contents of the box were all clear, instructions were simple and routine  – well how hard can it be when there are only two bolts?

Fitting was easy with just two bolts to slacken off and remove and then two slightly longer bolts (supplied with spacers) replacing those that were removed and holding the screen firmly in place. The small ‘bubble’ was then fitted using the supplied fastenings – total fitting time was probably about 10 minutes – which of course also means that total removal time is also about 10 minutes.

As ever beauty is in the eye of the beholder and there will be some that thing this is an abomination on a bike like the RnineT, others will think differently – personally I’m pretty happy with the look and don’t think it kills the look of the bike.

Going back to the reason I bought it, then the key question is does it make any difference in use, is it all form over function?

The quick answer is yes it does make a difference. But like many aspects of riding a bike, especially when it comes to ergonomics and comfort – then the size of the rider is sure to play a part, so for the record I’m not a tall or big guy – I’m 5′ 7″ and weigh in at about 150 lbs.

Riding at about 80 mph I would say that I noticed quite a difference, with next to no wind buffeting around my head, and given that my ride down to the south coast for the ferry will probably all be done at around the 70/80 mph mark, that already feels like something of a result. BUT by way of balance I’ve owned and ridden a few naked bikes and to be honest I don;t ever really seem to suffer from the same amount of wind buffeting that many riders complain about – which I think has to come down to physique/stature etc.

I can’t make any comment yet about what effect it might have if the roads are wet and its lashing it down, I have no expectations at all that it will make much difference, but already when it comes to making a difference on the motorway than I would say it has already exceeded my expectations and I’m happy with my purchase.  The fact that it can be fitted and removed so easily is a real bonus.

Finally the silver ‘V shaped’ decal comes with the screen and is of course optional, I tried it first without but decided that on balance I preferred it with it on, the small BMW decal was something that was purchased separately.