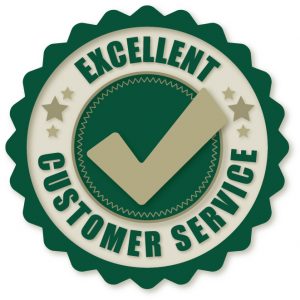 When the service goes beyond good then it’s definitely worth writing a few words about, and that has been just the case with J&S in the last week or so.

The backdrop to this post is that my wife bought a pair of Frank Thomas boots back in 2016 (around August or so I think).

The boots were fine, a good fit and comfortable and saw a reasonable level of use on various day trips/rides and also on our Spain/Portugal trip last year.

The boots had worn exceptionally well, had shown very little kind of wear and to all intents and purposes looked almost like new – but they did have one problem, and that was that the velcro fastening on one of the boots had lost its effectiveness (it hadn’t been great from the start).

In truth, we ought really to have taken them back and queried that much earlier than we did, but with one thing and another and the boots being away on the garage shelf over winter – it was only when we were recently  in the Northwich branch of J&S, when I was buying a new set of textiles for myself that my wife mentioned this problem.

The really helpful assistant said that it might be possible to repair them. On our return home I dropped an email to J&S via their website and received a very prompt reply suggesting that we take them into our local branch and they would have a look.

Our local store is the Manchester one, and to cut to the point – we dropped the boots off, left them with them, with a promise that they would send pictures off to their head office and get back to us – which they did.

But they didn’t offer a repair, rather a straightforward, no-nonsense replacement of a brand new pair.

Hats off to J&S, it really is hard to beat that and at all times the service from the various folk that we spoke to and/or dealt with was first class.

We’ve spent a few quid at J&S over the years – whether it’s been small bits and pieces, gloves etc or more expensive items like helmets and textiles, although sometimes products can be purchased online from other places – there really is a lot to be said for that level of hands on face to face customer service and aftercare, and I suppose that level of service will keep us going back to J&S for most of our motorcycle gear and accessories.

Well done and thanks J&S!

great thank so much