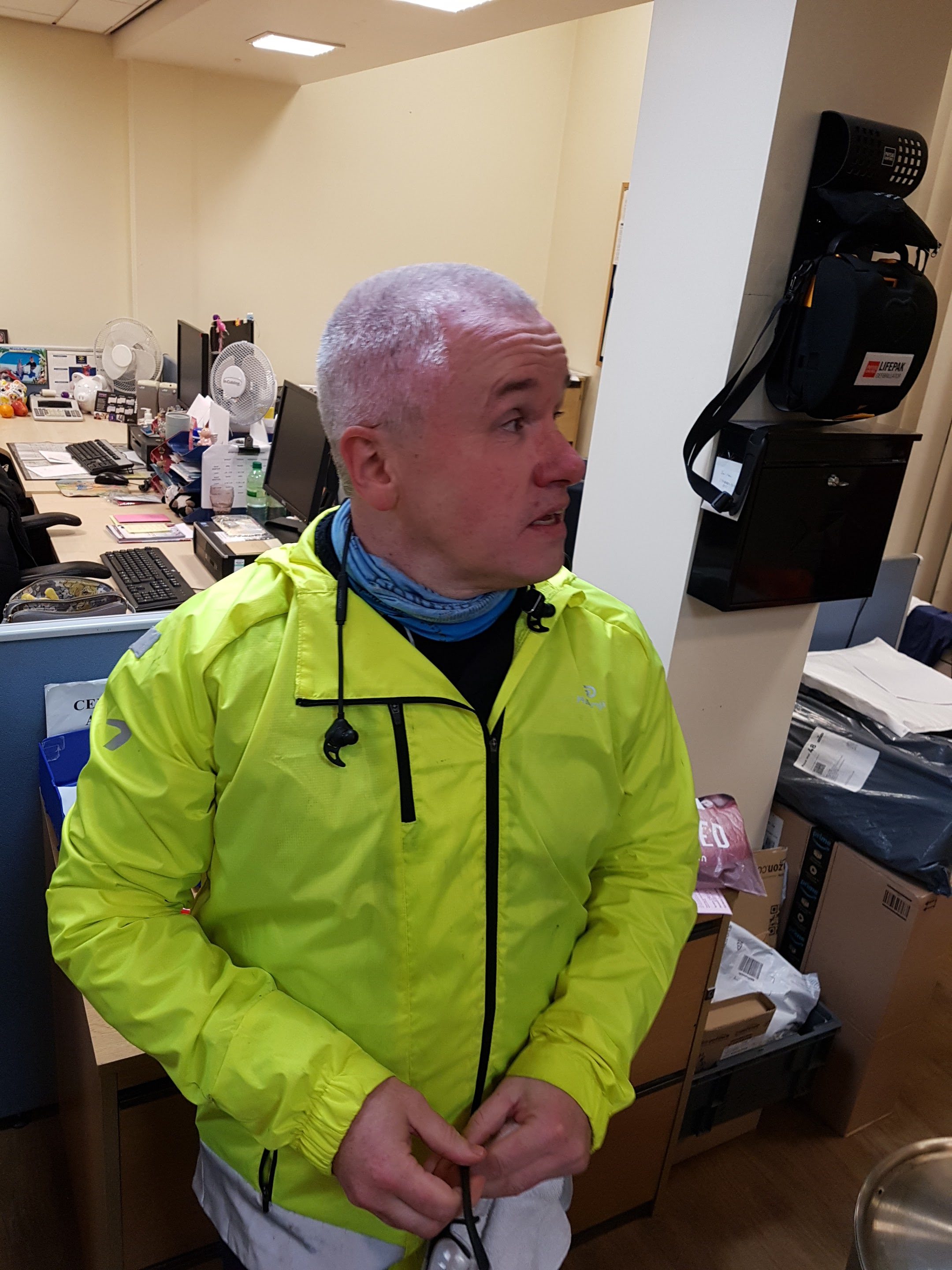 I’m just back from calling to see my brother Paul who was taking a refreshment break round about eight and a half hours into his latest run. To be fair to him he is putting a shift in, a 24 hour shift!

You may well recall I wrote a few Blogs earlier in the year when he did the 100 mile L2M Ultra marathon and raised the best part of £1,500 for a local charity.

Yes – he’s running around the Fallowfield area of Manchester to raise money for the Key 103 radio station Cash for Kids appeal, and yes he’s running for 24 hours and will probably (if all goes well) knock in about three back to back marathons.

He raised money for this appeal last year when he decided to run a marathon … on his way to work!

Last year he raised just under £870 and already this year he has smashed the £1,000 barrier and is currently around the £1,300 mark. On his Just Giving page it has the somewhat under stated title of ‘run around the residences’ – you can check out his page here.

At the time we saw him, and at about 8.30pm he had done close to 60Km (37 miles or so) and seemed in pretty good order, despite the bitterly cold Manchester weather.

He has terrific support from a whole range of people including: colleagues, family and friends (including my daughter Sarah) – a good number of whom are running some of (or part of) the 10k sectors with him – so fair play and well done to all those who have supported Paul with donations, on site support, text messages etc – every little counts

There’s some pictures below taken at this 60K marker … and it’s fair to say whilst some folk are mediocre Paul is simply remarkable!

Smart Spot – get closer to the action attach phone to scope