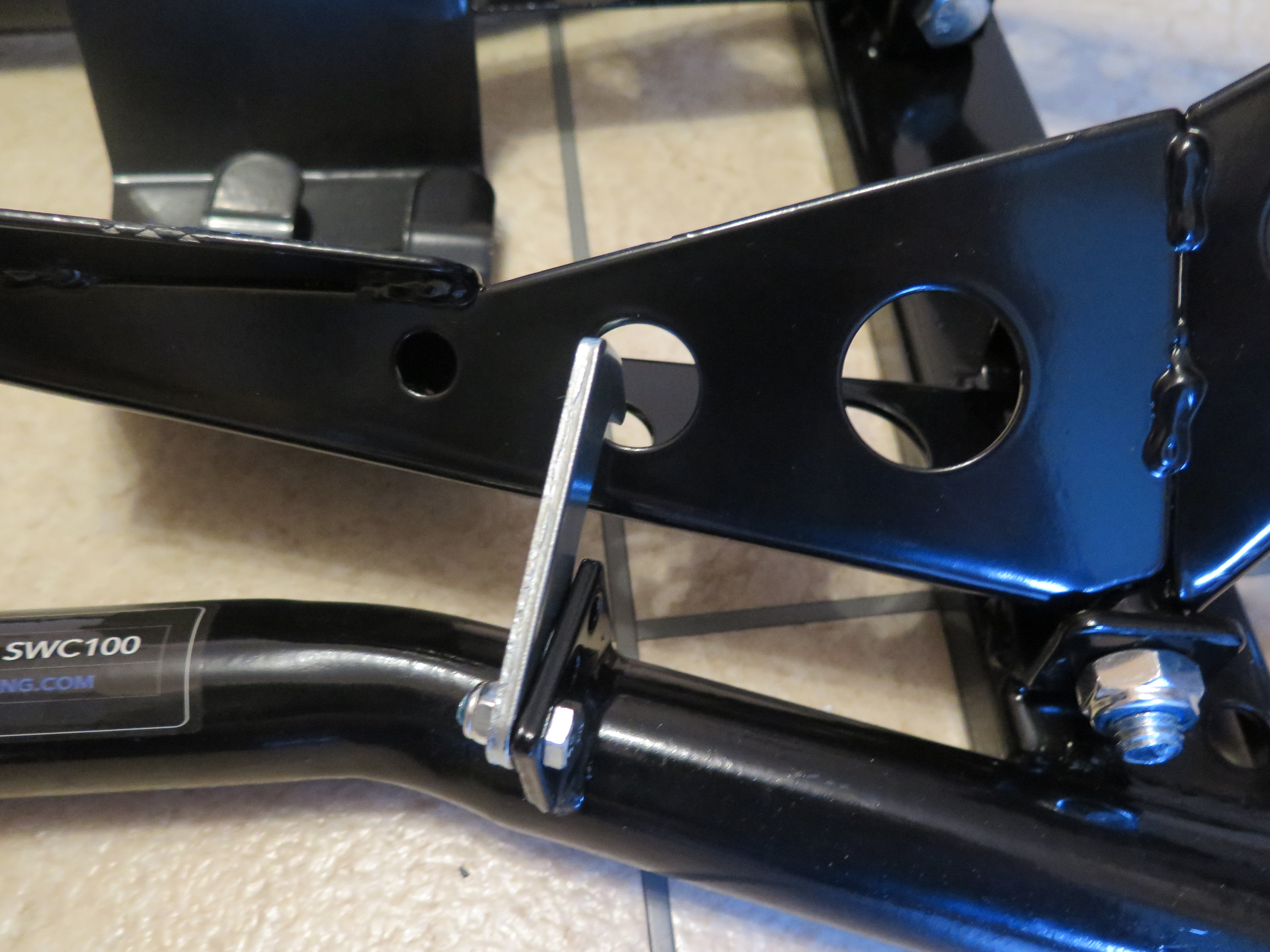 A short while ago I bought a Motorcycle Wheel Chock from a UK-based company called SGS Engineering. There are quite a few variants on a similar design, some cheaper than others. I opted for this particular one as another biker on a BMW RnineT forum had one and recommended it as a solid well made piece of kit.

The product itself is a pretty simple idea, you simply roll the bike on to it and that’s pretty much it – the bike is held very steady and very secure, and there is a small ‘safety’ catch to rock into place once the bike is on the stand that prevents the bike being rolled back – although to be honest I don’t think it’s the sort of thing you could or would do accidentally.

There are only so many ways you can describe a product like this, so rather than attempt to craft my own words I’ll quite directly  from the SGS web site which describes the product as :

The SWC100 Tubular wheel chock which supports the front wheel of the motorcycle when repair, in transit or storage. Frame is made of solid high-grade steel with non-slip rubber feet, which prevent the chock from sliding. Powder coat protects from rust and corrosion. Features a pivot clamp which locks the front wheel securely. With 2 adjustment points at cradle & upright, easy to assemble.

It really does seem like a pretty well made product and I’d expect it to last for many years, although there is little to go wrong with it, it does come with a two-year warranty. There are cheaper products but at a shade under £60 (inc VAT and delivery) I reckon it’s decent value and I’m 100% confident of how it hold my bike(s) when it’s in use. The wheel-chock was well packaged, delivered promptly and with first class communications throughout from SGS Engineering. It’s a pretty routine self assembly job and when it’s all put together it has a really solid feel to it. Although it’s a sturdy item it’s heavy enough to stay in place on the garage floor when rolling a bike onto it – but light enough to lift up and put on the drive for when the bike is being cleaned..

I’ve used my the chock with my BMW RnineT and my Kawasaki Vulcan S 650. The Vulcan runs a wider front tyre than the BMW and although the fit isn’t quite as snug it’s perfectly fine – although I’m not able to drop the safety catch into place when the Vulcan is on it. I’ve a Guzzi V7 Cafe and although I haven’t used that bike in the wheel-chock yet, given the dimension of the front tyre I know that it will fit perfectly.

All in all it’s a good solid product and one that I expect to get plenty of years use out of, and it’s a piece of kit that I’m happy to recommend.

Click here to go the home page of the motorbikes blog