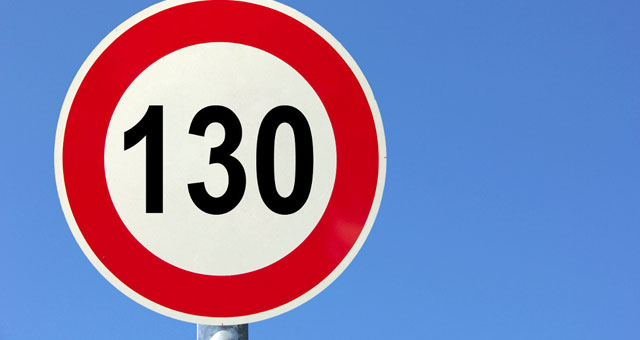 Back in January I read about a change in speed limits on Spanish roads. Given the numbers of UK riders who will doubtless be heading out there this year it’s probably worth being aware of the changes.

The changes come from an amendment to something called Article 47 of the General Circulation Regulations.

In practice the amendment means that the top speeds on ‘standard’ roads will reduce from 120km/ph to 90km/ph (approx 75mph to 56mph) – these are described in Spanish as  conventional or secondary roads.

In the past five years, Spanish news has reported that these roads accounted for up to 80% of fatal road accidents, with the death toll on them in 2018 was 877.

In 40% of fatal accidents in Spain one or more vehicles had swung out of its lane, and 27% involved head-on collisions.

The backdrop to the changes isn’t complicated or surprising – it’s an attempt to reduce the death rate on Spanish roads. The 2017 figures indicate that there are 39 deaths for every one million people.The Spanish government aims to get the number of deaths below that figure.

I understand that the speed limits on Spanish motorways will remain as they are.

I’m no statistician but I do know that It’s not so easy to make totally meaningful comparisons to UK statistics – methods of reporting and recording are different and there are huge regional variations of the reductions in deaths and injuries across the UK.

BUT in absolute terms it’s maybe worth being aware of the following information (in italics) published on the RAC Foundation web site (in respect of the UK):

Of course exceeding the speed limit is not always reported as a factor in accidents – in fact failure to look properly was the most frequently reported factor – and was reported in 41% of all accidents reported to the police in 2017.

Click here to go to the home page of the motorbikes.blog

Click here to go to the home page of the motorbikes.blog