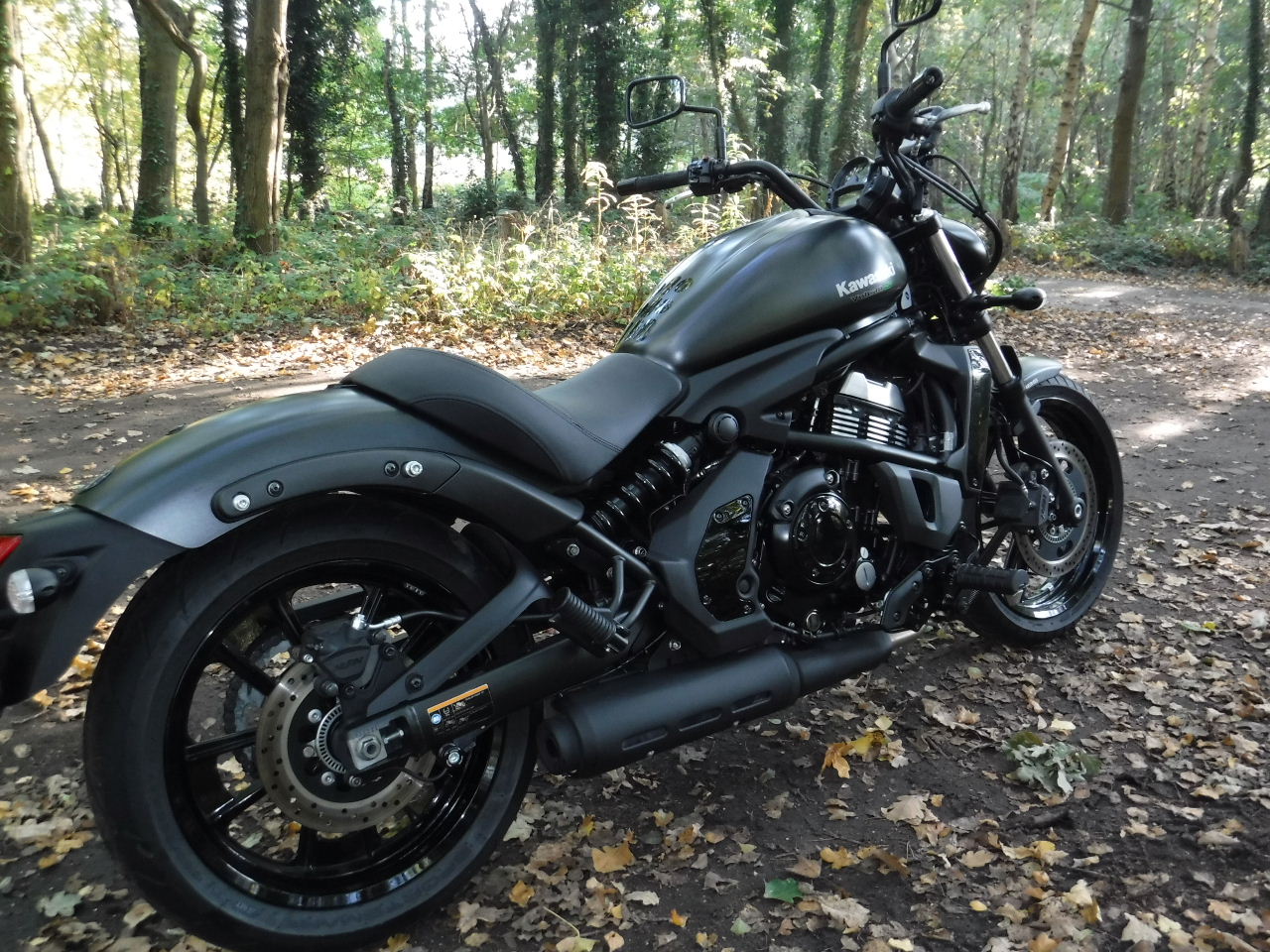 Despite us heading towards the middle of October and the onset of Autumn having the potential to make memories of a steaming hot summer seem like an age ago  –  the sun has continued to shine and provide plenty enough warmth for some very comfortable riding.

Just the other week I had thought that would probably be just about it for me until into 2019, but then a couple of very decent days arrived and with no commitments I was off out on the Vulcan S yesterday for a good few hours of relaxed and easy riding.

The previous day I had taken the rear rack and pillion seat off, as much to give it a clean under there as anything else – and have decided I will now leave them off until my wife decides she next wants to go on the bike, its only a 10 minute job to put them on/take them off so it’s hardly much of a chore, and I quite like the cleaner lines of the bike without the pillion seat.

I headed out for the back roads of Cheshire and then on into North Wales – no plan, no real idea of where I was heading and thankfully no real traffic on my route to speak off.

I only stopped for coffee, a leg stretch and some pictures and arrived home some 160 miles or so later having had a decent day and having enjoyed the bike again.

I’ve said it so many times that this really is an easy/good fun sort of bike to ride – of course it has its limitations and compromises but all in pretty enjoyable really, although I really ought to something about those ugly mirrors!

Hi Tony just read this post and I am slightly nervous of the journey I will be making from Oxford to Malvern a week on Saturday (Test result permitting). I have recently retired at 55 from 25 years teaching and am really enjoying the new learning experiences involved in this new venture but feel like it is a steep learning curve especially this two hour journey!

As long as you take a sensible approach then I’m sure you will be fine. No rush, take it easy and if you need to stop for a break then make sure you do. Hopefully the weather will be good for you as well. You’ll find the bike easy to ride and to handle – congratulations on your retirement as well (I quite at 55 as well). Let me know how you get on and post some pix (you can mail me – 1894tony@gmail.com)

Hi Tony thanks for the words of encouragement. I am living on a reduced pension having retired early but it feels so good to be released from wage slavery!