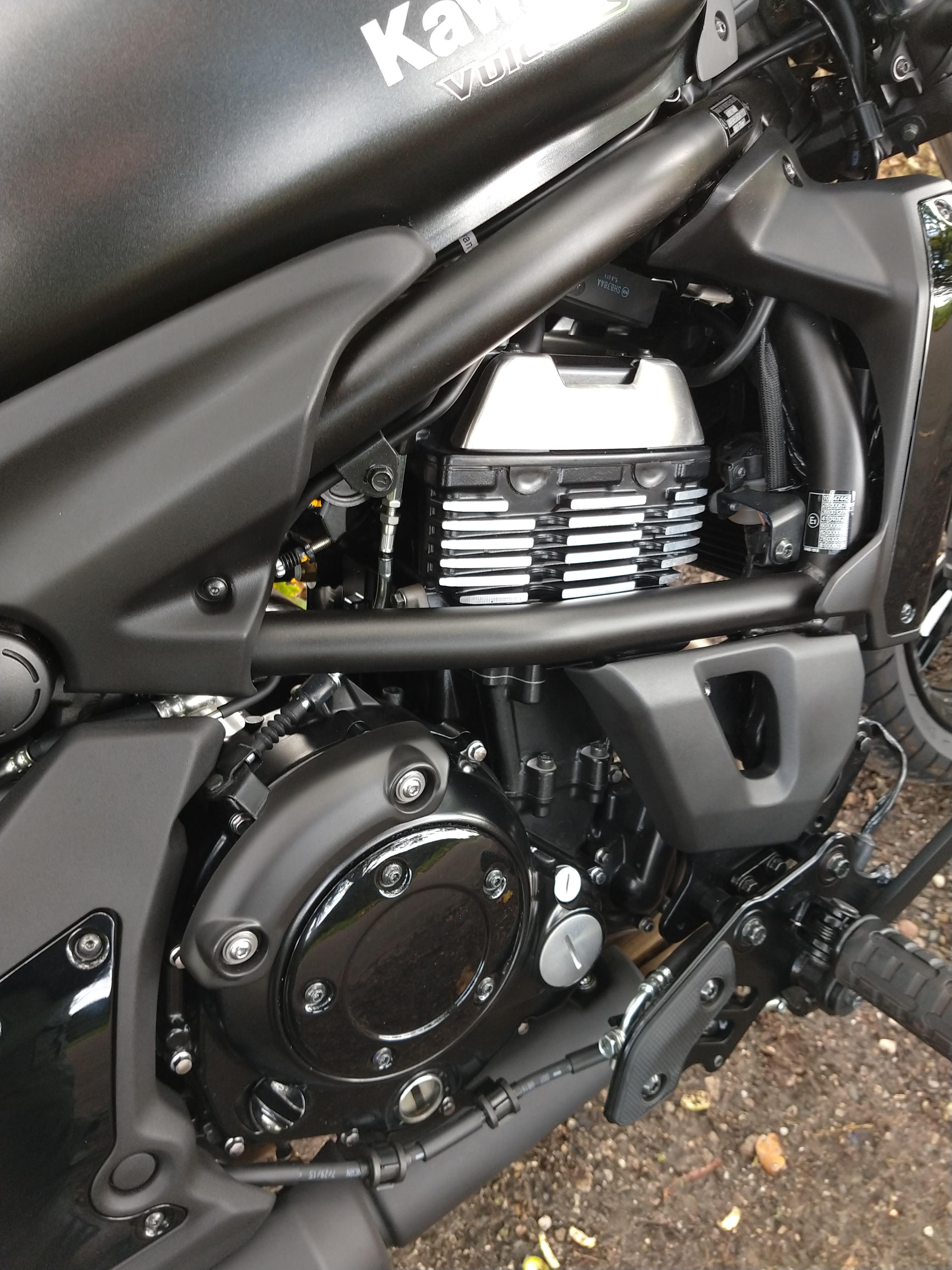 With the continued decent weather this week I decided I’d get out on the Kawasaki Vulcan for a couple of hours – and not for the first time was soon reminded of just how much fun this bike is.

Despite its modest 650cc engine size it really can get a shift on and is so easy to ride. I was only out for  a few hours and probably only knocked in about 90 or so miles but enjoyed each and every one of them.

We’ve had this bike about two years now and the overall finish is as good now as it was when it rolled out of the showroom.

Thinking about what would make it better, then I reckon there are only a few things really.

The suspension is budget and you certainly know about it from time to if you get caught out and unknowingly hit a pothole, but to be honest isn’t something that I would bother upgrading on this bike because for the most part it’s actually adequate – and did alright when my wife and I took a trip to Spain & Portugal last year – although two up and with luggage led to some pretty heavy rear tyre wear.  The quickest fix for the suspension is to knock it up from the factory setting to at least the 4th setting, I currently have it on the 5th and it make a big difference.

The mirrors are a classic of function over form – they probably provide the best rear view of any bike that I have had … it’s just that they are plain ugly and I reckon the overall look of the bike would be improved with a decent after market set.

The only other thing that I think totally lets the bike down is the sewing machine like sound of the stock exhaust, it really is poor and whilst I’m not necessarily saying that a bike has to sound loud to sound good – a decent tone and rumble would certainly enhance the everyday experience of the bike – and there’s certainly a reasonable selection of after market exhausts available now.

Other than that this weeks short ride out provided a decent reminder of just how much fun this bike can be.

So glad to have found your blog and to have read the positive experiences you have had riding the Kawasaki Vulcan. I have just passed my mod 1 test and have my mod2 test next week. This weekend I couldn’t wait and bought a used 2018 Vulcan that had 2000 miles on the clock. I am anticipating the 2 hour journey back from Oxford next Saturday all going well!

Excellent let me know how you get on with it, I’m sure you’ll enjoy it

This is a long shot I don’t suppose you have any reflections on whether the Sidi 2 Adventure style boot would be comfortable when riding the Vulcan?
Thanks in anticipation

Well I couldn’t say for sure but I reckon it probably would be it’s a pretty relaxed riding position. I wear Alpine Star goretex boots and they have been all day comfortable on the bike