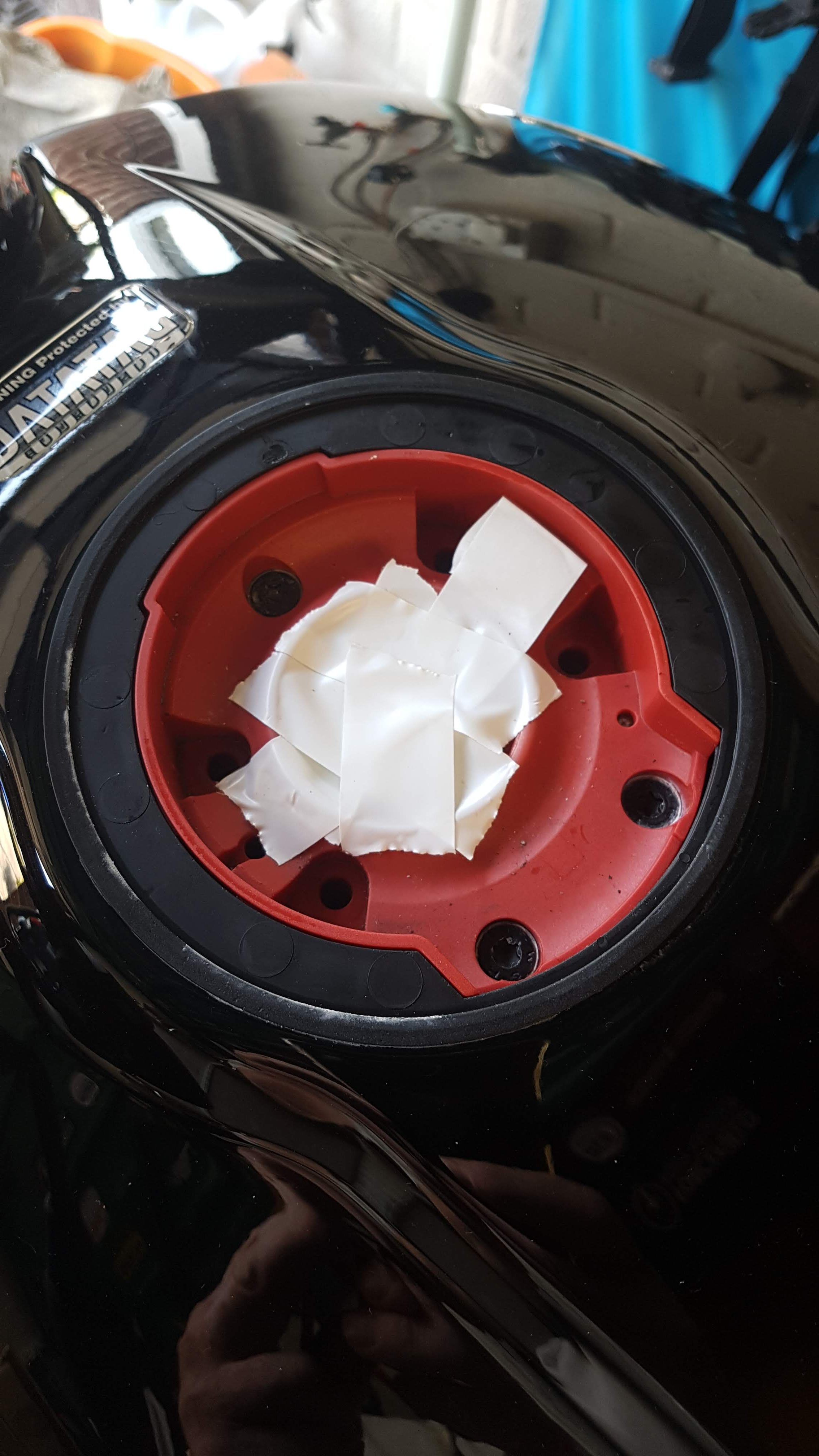 Difficult family circumstances meant that I had to cancel and re-schedule a road trip that I was due to set off on at the start of this month (July).

The new start date for the trip is now looming and in between sorting a whole range of things out that followed the passing of my Dad, I got round to fitting the tank adapter for my Givi tank bag. I wrote a Blog post about the Givi 3D603 Tank bag back in 2015 which you can read here, and it’s been a decent bit of kit and has been used on the Kawasaki Z1000 SX that I had and then last year on the Kawasaki Vulcan 650S.  I also mentioned the luggage on the RnineT earlier this year (click here for details) and

The bag has seen plenty of service and traveled widely across eastern and western Europe as well as any number of trips in the UK. As the bag is a universal fit to the Givi tank lock mechanism the only thing that needs changing to use it across different bikes is the actual adapter plate that fits on/around the petrol cap.

The 3D603 tank bag has since been improved and superseded by a newer model the  ST602 which looks to be a better design) but I cant really see the point in replacing the one I have at the moment,  although at around £60 or so online it’s a reasonable price.

You can find a further article on the RnineT luggage by clicking here.

The tank adapter for the RnineT has a slightly different fit and is a little more fiddly to put in than was the one for the Kawasaki’s, but is still a quick job.

It’s made a little more fiddly due to the recessed positioning of the screws that retain the adapter being under the stock petrol cap surround and the petrol cap ‘flap’ has to be removed and fitted to the adapter – but even so you’re only taking of a 10 minute job BUT you do need to take care to cover the petrol filling hole with some tape just in case you were to drop one of the retaining Torx screws into the tank!

Fitting the tank bag adds absolutely nothing to the aesthetics of the bike, but it is incredibly practical for a trip as a handy place for camera, sunglasses and the like – but the tank bag and adapter will be off just as soon as I get home.

There’s a few pictures posted in the gallery below, clicking any one of them will expand it.

Thanks for the information. I also have a R NIne T, and it too is the best bike I’ve had in over 30 years of riding. I bought the Givi XS307, and are looking to fit is soon, so your blog came just in time. Thanks

ha glad it was timely