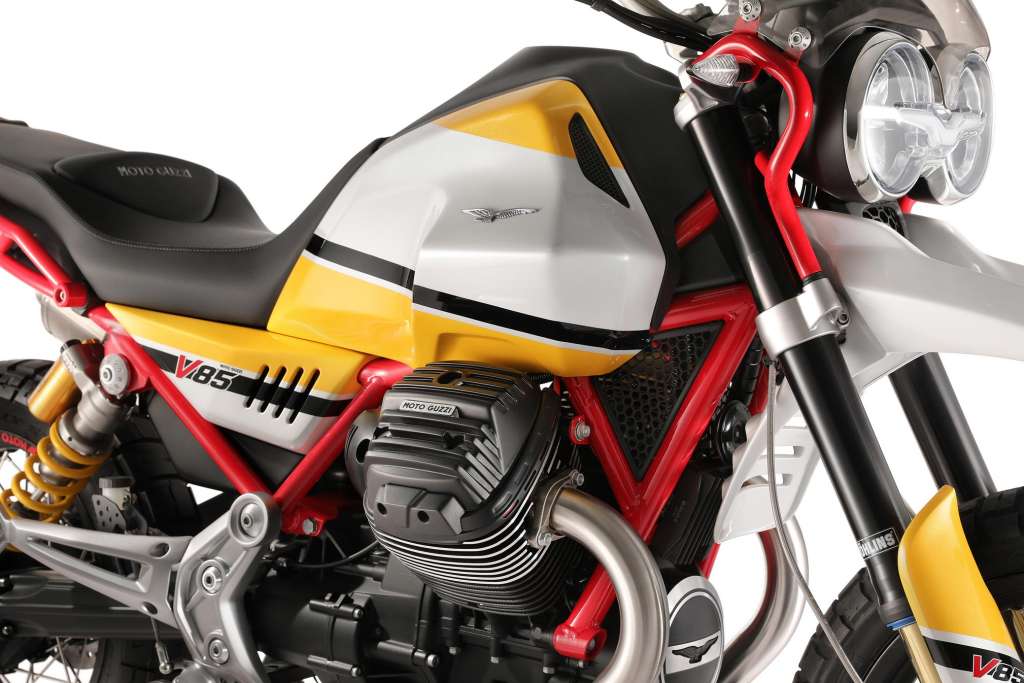 Although the style of the new Moto Guzzi ‘adventure’ bike – the V85 isn’t quite my cup of tea, its nice to see the Guzzi factory adding something new (and different) to its range.

It was originally unveiled as a concept bike at last year’s Milan Motorcycle show and apparently is scheduled to be available to buy in early 2019.

Clearly its way to early to have lots of firm information about the bike – but from bits and pieces that I have read on the web it will be powered by a new 900cc air/oil cooled V-Twin engine.

Be interesting to see if does arrive on time in the New Year – cant help but be reminded of Yamaha’s classic speed block design in the pictures that I have seen so far.