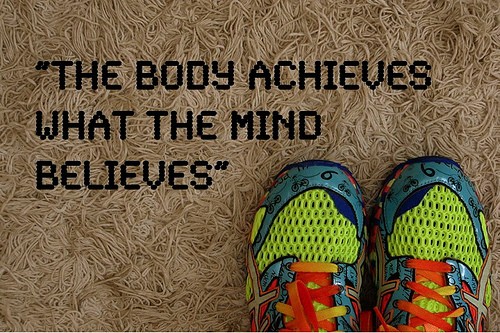 100 miles and a £1,000+ With just a week to go before Paul sets off on his epic 100 mile Ultra Marathon he looks set to hit around a £1,000 in sponsorship for the Tameside based charity Our Kids Eyes, which is a decent effort when set against his original target of raising £500.

Last time I looked it was around  the £960 mark (including Gift Aid) and I’m sure it will increase a little more before he starts his run.

On Monday evening he will be visiting the Charity and will get to meet some of the youngsters who benefit from the great work that Our Kids Eyes do, he’ll also be having a chat with a reporter from the local newspaper and I’ll update with more details of that in due course.

When I saw that he had doubled his target I decided to see if there was a way of trying to work out what that meant for each step of the way, so I contacted Paul to see if he was able to estimate how many steps he might take on the run…

Paul reckons that over the whole of the event he will average about two steps per metre. Not surprisingly the steps per metre will be fewer at the start and in the early stages of the run and then increase as the event goes on and his stride shortens

I think if it was me attempting it I would probably need to think how I might introduce a calculation for distance crawled let alone run!

So …100 miles (160.93km) is somewhere in the order of  321,868 steps or thereabouts  and in turn that means that for every step Paul takes he’ll be raising about £00.03p per step. Of course it doesn’t sound a great deal when put like that, but hopefully knowing that for every 10 miles and 33,000 steps or so he’ll be raising around £100 and when the going gets tough later on in the run, as it surely will, then knowing that might just help keep him moving

And by the end of today (Friday 19th May), Paul will have run over 536 miles since the start of 2017, but being the slacker that he is, he has actually only bothered to run on 47 of the 139 days of 2017, which means he has averaged about 11 miles per run, with the shortest run being a little over a mile and the longest being a shade under 50 miles.

In addition to that he’s done around 120 miles of cycling and 21 one hour sessions with his Personal Trainer James McCall from THE LOCKER in Reddish.

Why’s it all about him … well I’ve had to do a bit of preparation as well you know, and despite being immensely proud of his undertaking I have had to be quite clear at just where the line is to be drawn when it comes to my support as his Crew Member for the 24 plus hours it will probably take him.

I have been very clear that: I will not be doing any foot massages and that I simply wont tolerate any vomit or excreta in my car during or after the event.

Other than that it’s been a case of making sure I’ve got suitable china, glasses and napkins packed for the event, along with a portable chair to make myself comfy on. I just cant see how all his talk about gel based energy supplements and eating small amounts regularly (so ones  stomach doesn’t contract) can really apply to me.

But seriously, although in the past I’ve ran a 10k, done the Manchester to Blackpool cycle ride and done the Cheshire 100 (100 mile cycle ride) there’s no way that these days I could physically attempt an Ultra Marathon and even if I could I really don’t think I would have the mental strength to attempt it, let alone get through it.

So I’m already raising my hat to Paul, and now it’s all just coming down to the small matter of him doing it!

If you have a spare £1:00 to donate to Paul’s Charity run then I know it will be appreciated, but words of encouragement and support will work as well.  If you want to sponsor Paul  then you can visit his Just Giving page here

Tags: Just do it, L2M, L2M Double, my brother is my hero, never give up, one more step, Our Kids Eyes, Our Kids Eyes Tameside, Paul Burns and the Ultra Run, Preparing for an ultra marathon, Runing for charity
0 0 votes
Article Rating
Subscribe
Login

Its amazing he’s even attempting this. £1000 is a lot for the his fantastic charity.