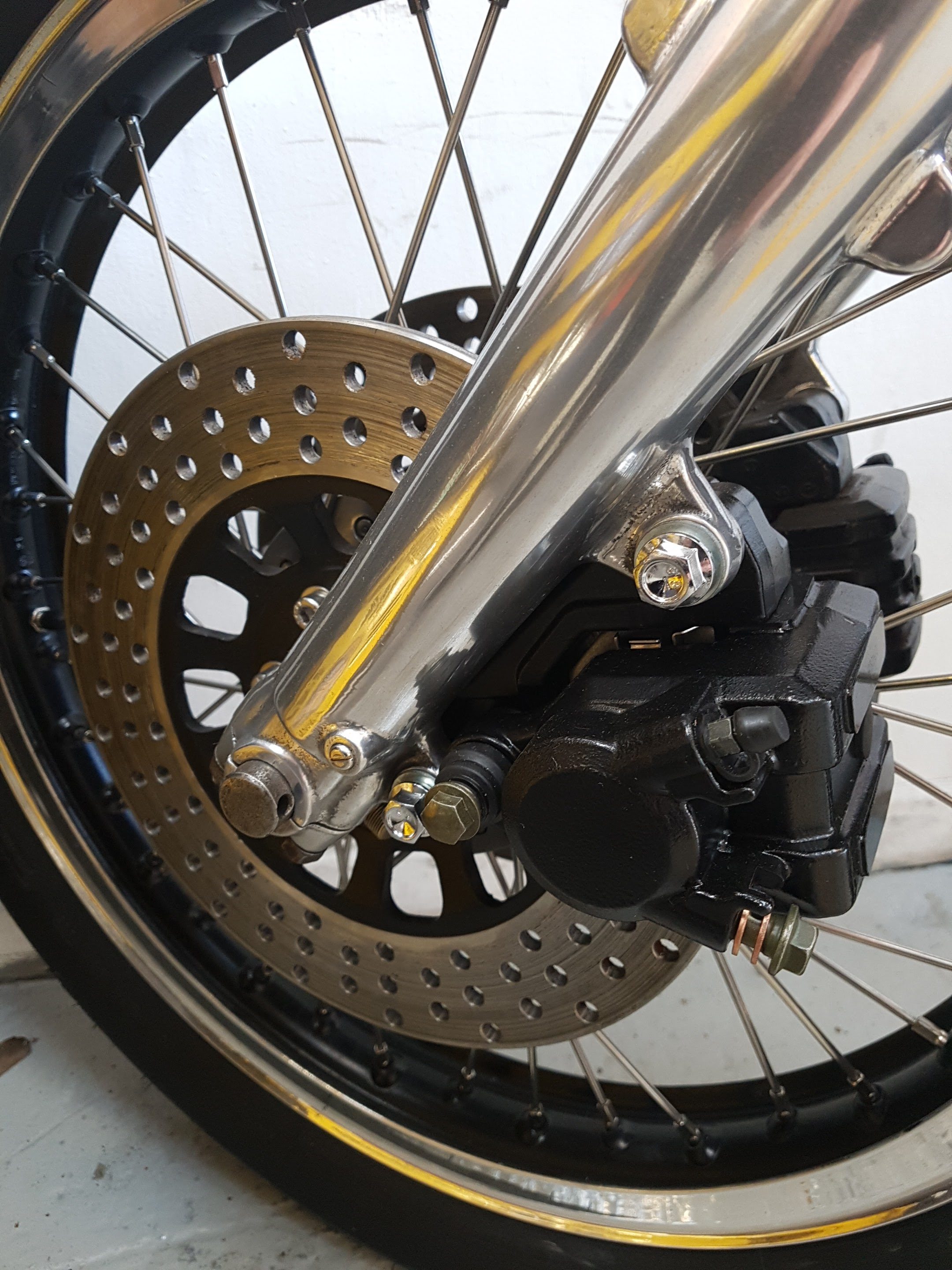 Although there was something of an improvement in the weather during April, it still hasn’t really been that good so far, which in turn has disappointingly meant that it has been a pretty slow start to the ‘biking year’ for me, compared to previous years.

On the positive side I have managed to get out on each of the bikes during April, but not for any particularly long rides, more like rides of just a 100 or 150 miles or so, it was during one of those short rides that I came across the unusual and pretty  ‘imagination tree’ that you can see pictured in the gallery below.

Despite that each of them have been thoroughly enjoyable in their own way, and being able to get out on different bikes is always a real pleasure – one of the real benefits of having the different styles of motorbike is that they all feel so different to ride and each gives a really different experience.

I’d really struggle to ultimately favour one over the other apart from when it comes to the soundtrack and then its the booming sound of the Moto Guzzi V twin that wins every time, other than that they each have their own individual appeal.

If there is a decent turn in the weather then I’d like to head off somewhere for a few days, it would be ideal to get a short break before my European trip at the back end of  June – but with other commitments during the second half of May and much of June I’m not so sure that will happen.

The Moto Guzzi V7 was MoTd at the start of April (I wrote about that here) and the Z1000 is due its first MoT later this month.

A task that did get sorted during April was the luggage for the Vulcan S.  After looking around for what seems an age and weighing up a number of different options I’ve finally ordered the panniers and I expect them to be delivered fairly soon and I’ll write and post about that in due course.

Other than knocking up a simple rack out of some scrap wood for better organizing the hike gloves its been a pretty quiet April, I think the only other thing I have spent time on is researching various Rider/Pillion intercom options and I’ve now pretty much narrowed it down to one of two types, both of which are pitched at a similar price point and both of which get plenty of very favorable review so now I just need to make a decision.

I’ll let you know which I opted for in next months update.