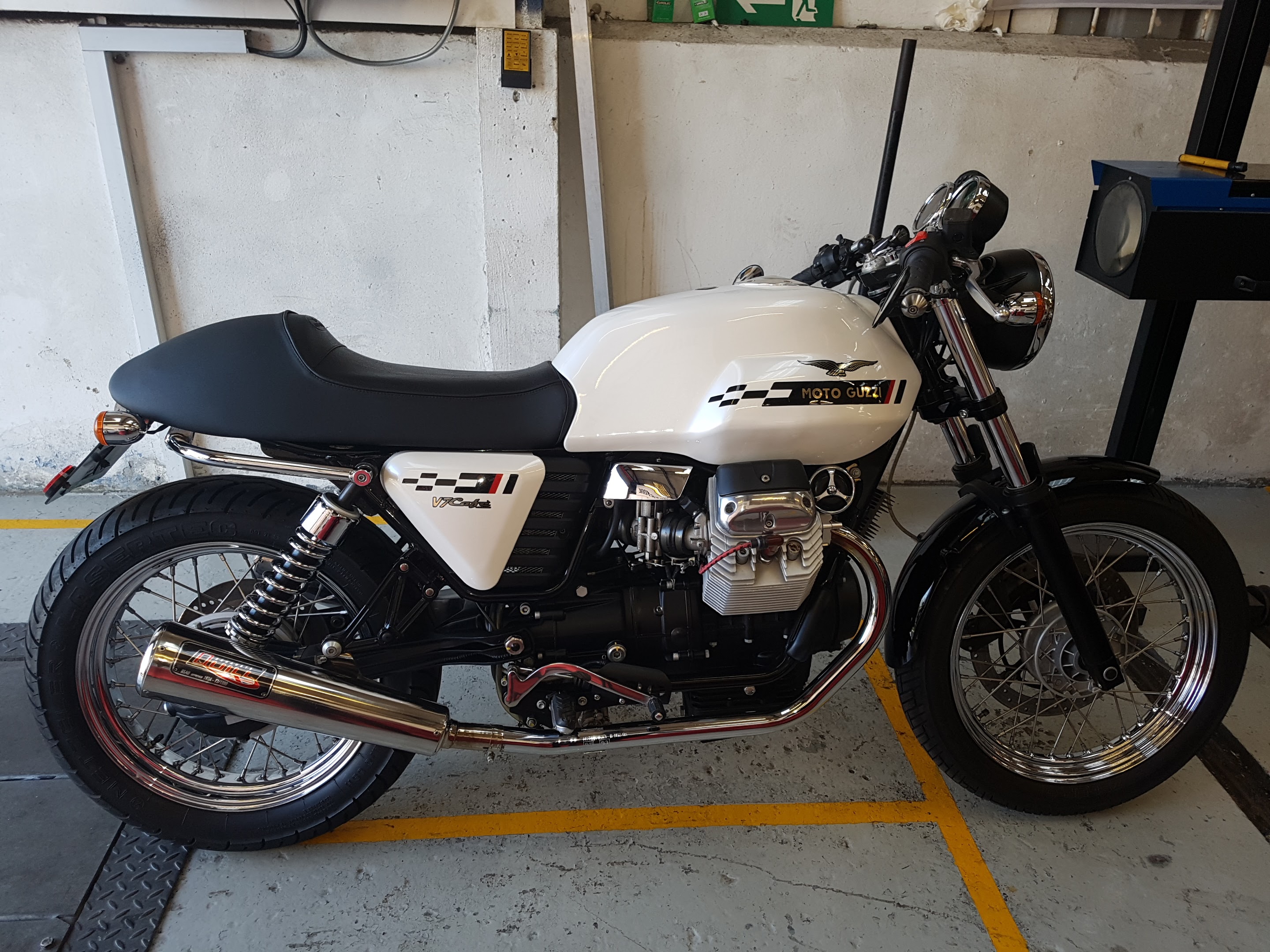 Today was that date that crops up each year when it means the Moto Guzzi V7 is another year older, which in turn means it’s time for its annual MoT.

I’ve written before about the local place where I take my bikes to be serviced, it’s also the place that fitted the lowering links onto my Z1000 back in 2015.

It was 2014 when I first found MW Motorcycles and to be honest I can’t really imagine going anywhere else now.

There are no particularly complicated reasons for that, why should there be?

It’s as simple as what I said when I wrote about them the first time – the place is run by a couple of decent blokes, who know what their doing , are competent and who charge sensible prices, which in turn means there’s nothing not to like about the place

Today was no exception and given it was my first visit of the year we spent a short amount of time chatting and catching up.

I also had a look at some of the bikes in there that were having bits and pieces done and couldn’t help but be drawn to the VMAX and its massive rear tyre. This particular VMAX was around 30 years old and despite its age still has a presence all of its own.

When the VMAX was launched in 1985 it won the title “Bike of the Year” from the American  Cycle Guide magazine and even after all these years it’s not so hard to realise why, it still looks a pretty awesome machine.

In terms of longevity the VMAX sold for around 22 years (1985 – 2007) with only minor modifications and remarkably can still be bought new, although it now sits in the Yamaha Sport Heritage Range

A couple of other bikes that caught my eyes were these two, that are both raced by one of the guys there, and if anyone reading this is interested in sponsoring either of these bikes I know that any help and support would be well received.

As for my bike, I’m glad to say that once again it passed the MoT, although I do need to look at a potentially loose cable from the front brake that operates the brake light.

There a few more pictures from today in the gallery below, and if these guys are within your travel area then you don’t need to have any concerns about letting them loose on your machine. I’m sure to be in there a few more times this year and I’ll post again when I am. If you want to get in touch with them  you can contact them on 0161 351 9989

Macro photography in the garden – with Neewer macro ring flash

Heading back to normality. #manchesterlife #city #

Its not Watership Down. #rabbits #rabbitsworldwide