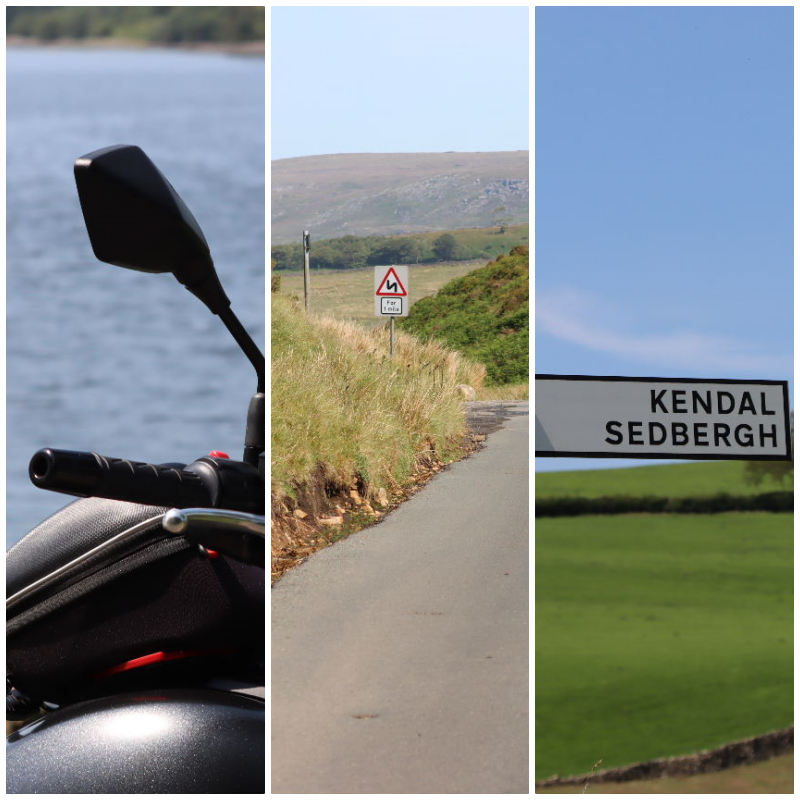 The prospect of superb weather along with a modest amount of effort to make a decent route set the potential for a decent days biking … and I wasn’t disappointed.

Yesterday I was off and on the road before 07:30 am and headed out towards Waddington and Dunsop Bridge in the Ribble Valey – north of Clitheroe, south east of Lancaster and west of Skipton. I didn’t go for an eye test in Barnard Castle.  and  and initially following a route that I had done a few weeks ago through the Trough of Bowland and that I posted about here.  The early start was definitely the right decision, with temperatures already in the high teens by 08:00am, it was just perfect.

Initially I headed out for Waddington and Dunsop Bridge, before carrying on to Carnforth and then onto my ‘destination’ of Arnside. Arnside had been a pretty random pick really when I had been looing at a map before setting out, but it proved to be a decent point to stop and admire the views from the promenade.

After that I headed to Heversham and Sedgwick in Cumbria, then onto Oxenholme, Killington Lake, Hawes and Settle, before making the final leg of my journey to home.

All in all about 230 miles, all making for a very decent days biking. Pictures from the day are in the gallery below, click any picture to scroll though them.