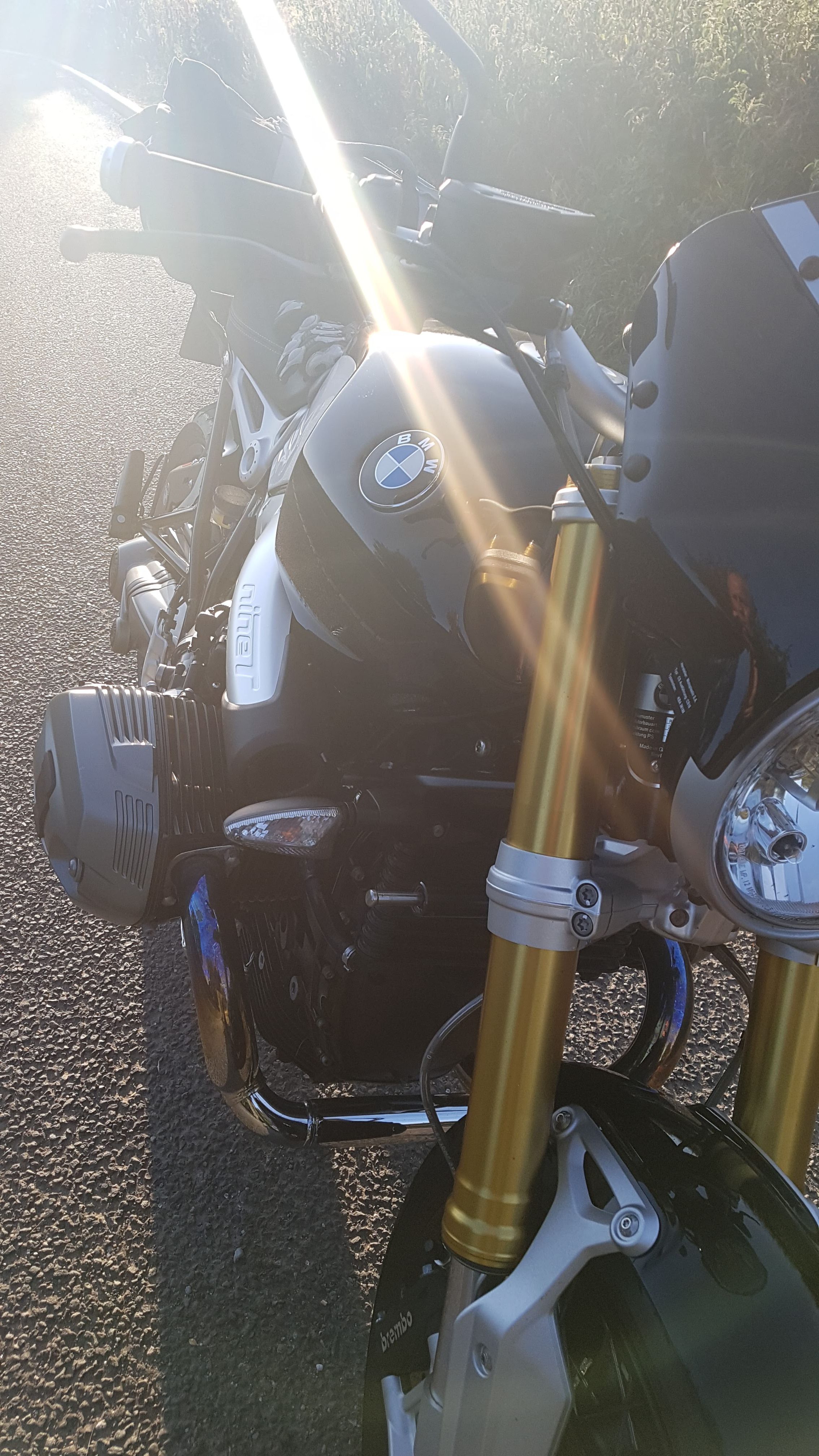 For various reasons I have been up and down the motorways to Cardiff and back a great deal, and much more than usual in the last six weeks or so.

Give or take a few miles it’s the best part of a 400 mile round trip. If you get the timing right and when traveling in the car it can be a reasonable journey (time wise) with a drive time of about three and a quarter hours – but that means the dullness and monotony of slogging down the motorway network.

But with the decent weather and not being in any particular rush I’ve made the last couple of journeys by bike and rather than traveling my motorway I have rode on some magnificent A roads. Last week I went on the Kawasaki Vulcan S, and wrote about that here. Earlier this week I opted to take the RnineT.

I have had the BMW a while now, but the ride down to Cardiff was probably the most miles that I have done on it a single day. Having now done several thousand miles on it since I bought it, then on balance I am of the opinion that it is the best bike that I have had (and I’ve had a few)

I covered 396 miles, and with the exception of a short stretch (about 12 miles) of the M4 it was all on wonderful English A roads that were bathed in blisteringly warm sunshine and 30c heat.

On the way down I pulled into a roadside lay-by for refreshments and for a modest £4.50 enjoyed a decent sausage sandwich, coffee and oddly enough a complimentary Welsh cake!

Refreshed and hunger pangs gone I finished my journey and arrived at my Mum’s home, having thoroughly enjoyed my ride.

About four hours or so later it was time to head back and this time I took a slightly different route and once again enjoyed the roads and the fabulous riding experience that the RnineT provides.

One persons best bike may well be another persons bag of nails – but in my opinion, this is simply the best bike that I have had when it comes down to making a judgement based simply on the riding experience.

Sure I’ve had other bikes that offer more protection from the elements,  four GSX-Rs and a Firbeblade kept me out of the wind more and shifted a decent amount of water away from my legs and body.

The Kawasaki Z1000 SX that I had for three years and that took me on four or five trips across western and eastern Europe would win hands down if it came to a judgement about ease of packing luggage BUT if it’s a judgement about the overall sensation and feel of just simply enjoying the ride, then frankly this one makes it not even a close call.

Superb handling, decent all day comfort, decent tank range, superb power delivery and the crisp bark of the twin Akro’s on the downshift all add up to making this bike an involving utter joy to ride.

Had circumstances been a little different, then instead of writing this Blog piece I would be enjoying the bike in Spain and Portugal, through the Picos and beyond – but life has a habit of interrupting the best laid plans (see  this post for why)  and of necessity I have moved my trip back by about three weeks or so, but I know that when I do take my re-scheduled trip it’s going to be superb on this bike.

The RnineT is just a thing of many sublime qualities – that when put together make this bike a riders bike that quite simply never disappoints.

Cheers Steve – it’s certainly one heck of a bike. I love it.