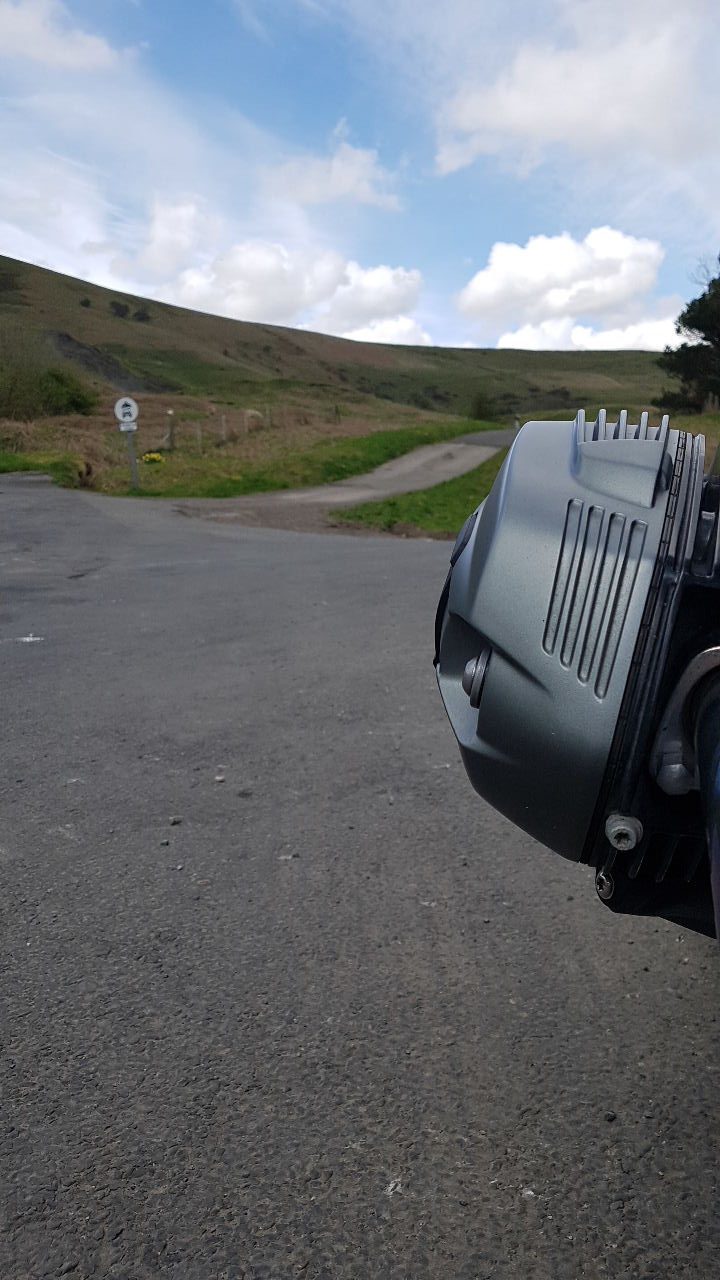 With Spring and Summer at times seeming as far away as ever I took advantage of some half decent weather on Monday to get on the bike for a couple of hours and head out over the Snake Pass.

The weather was dry, at times bright,and although still a bit chilly, it was good to get a few miles on the RnineT – a bike that never disappoints.

As it was about midday when I left home the Snake Pass was pretty quiet and although it’s a road that I’m very familiar with, the views like the bike never fail to be impressive and uplifting.

I broke my ride for a coffee with a short stop alongside the reservoir at the Ladybower Cafe. To be honest although the coffee was welcome it wasn’t the best cappuccino that I’ve  had, it was one of those packet type things … put in a mug and add boiling water, but it was OK and an acceptable refreshment.

After that I headed on trough Bamford before turning for Winnets Pass in the Hope Valley and Chapel en le Frith in the High Peak. I broke my ride a couple of times to stop and admire the views and take a few pictures, before heading home – only a couple of hours and maybe only 70 miles of so – but nice enough.

Roll on summer and the better weather!