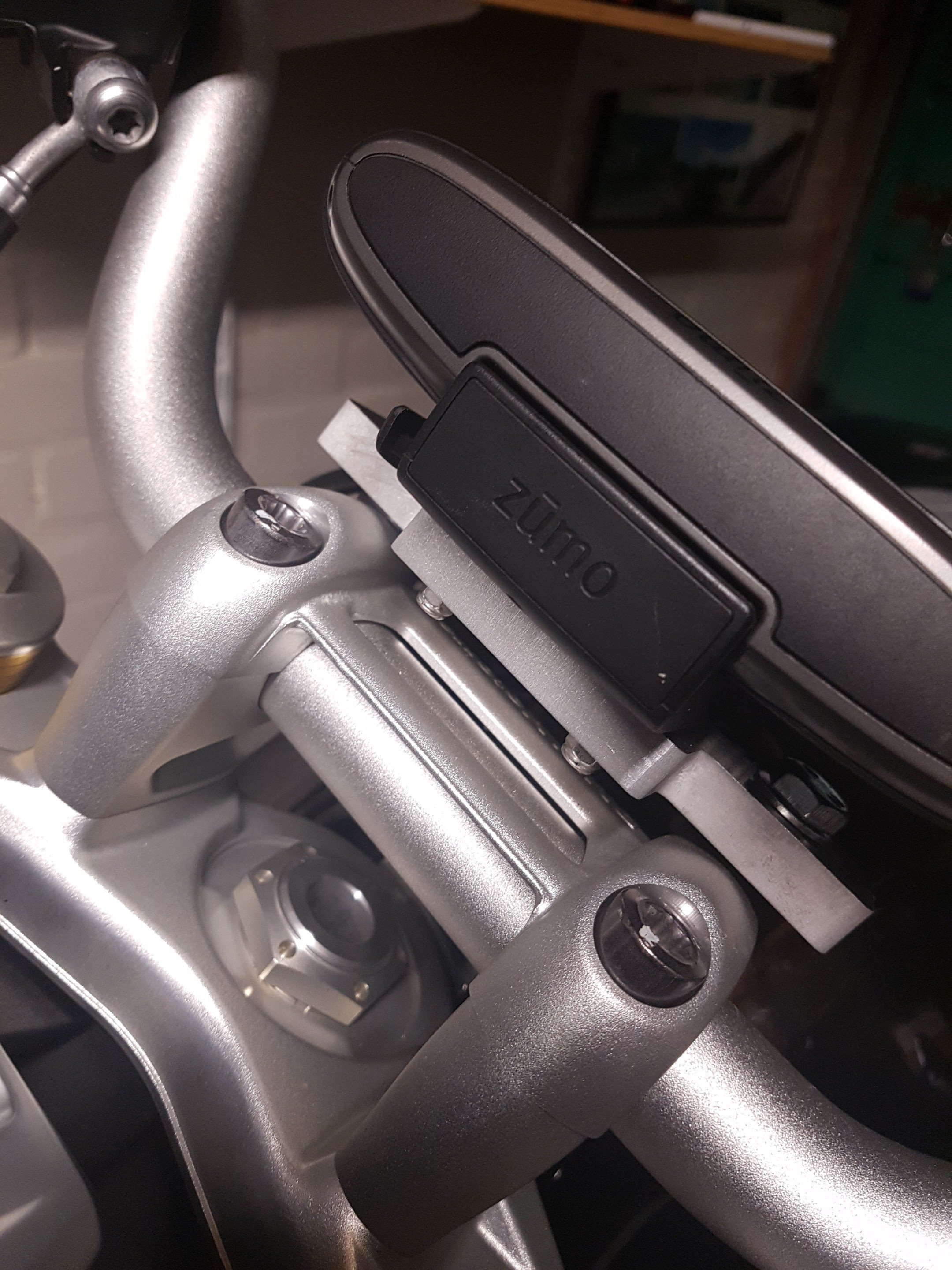 Part of the ritual to saying goodbye to the Kawasaki Z1000 SX in September was just like the ritual that takes place every time I change one of my bikes … the inevitable removal for re-sale of the after market parts that I have added.

Having changed the Z1000 for the BMW RnineT it was pretty clear there was only one item that was going to make the transition to the new bike, and that was my Garmin Zumo 590 sat nav.

I’m not going to comment here on the relative merits or otherwise of a sat nav on any bike, I wrote about that when I fitted it to my Moto Guzzi V7 Cafe back in early 2016. Ultimately there’s probably as many opinions as there are bikers – and that’s before even thinking about fitting a sat nav on the BMW ‘roadster’!

Suffice it to say, I like having a sat nav on my bike, I’m not at all hopeless with directions or navigating with maps, a look around the Blog will demonstrate that I’m not at all shy when it comes to bike travel – it’s just my preference.

Having said all of that, then the RnineT does provide something of a challenge when it comes to mounting a sat nav in a way that is practical and that doesn’t look like too much of a dogs breakfast.

No easy task on a bike that in its stock form is quite simply a visual feast with every line and curve resting easy on the eye – the addition of a sat nav is an easy way to add ‘unnatural lines’ and risk disturbing the beauty of the machine.

I looked at a couple of options online and plenty of pictures of how other folk had approached it with their nineT’s. My first go was to remove one of the torx bolts from the handlebar clamp and replace it with a ram mount (that I already had from a previous bike). From a practical point of view it worked well – but aesthetically, when the sat nav bracket was clamped to it I felt it left the unit sitting to high and way too much of a distraction to the eye.

I decided that maybe I could make one – so set about to first of all to make a simple wooden template – which you can see in the pictures below.

It was only after I had made the wooden template that I thought about dropping a line to a friend of mine who runs a business that’s at the forefront of water jet cutting technology in the UK. His company run processes that can cut any material -from Aluminium to Zirconium.

it’s a fascinating business and I know they work with a wide variety of customers including those in the automotive and motorsport sectors. The response from Water Jet UK after sending a picture of my slightly dodgy wooden template was almost immediate “post it to us and we’ll make one for you” – and within a few days I had the aluminium bracket dropping through the letterbox – complete with a plastic one of exactly the same dimensions (so that I would have a choice).

After that it was simply a case of me marking out and drilling the holes for the mounting bracket and the steering clamp bolts and the job was almost done.

Before mounting I added nylon washers and cut some rubber to cushion the bracket against the handlebar clamp, and then mounted by replacing the OEM torx bolts with two standard M8 bolts.

I’m pretty pleased with the finished job – putting a sat nav on an RnineT is always going to impact on the overall look of the bike – but I think the look that I have got with this custom made bracket is a more than acceptable compromise.

Ideally and at some point I may replace the standard bolts with matching torx bolts, but as they are not seen when the sat nav unit is mounted it’s not really an issue.

kendal in the wind …

I blog at motorbikes.blog; rainycity.blog & tonyburns.uk. You can go direct to the rainy city with the following link

it's Kendal but it's not mint cake

Kendal in the wind

another decent day out and about ...