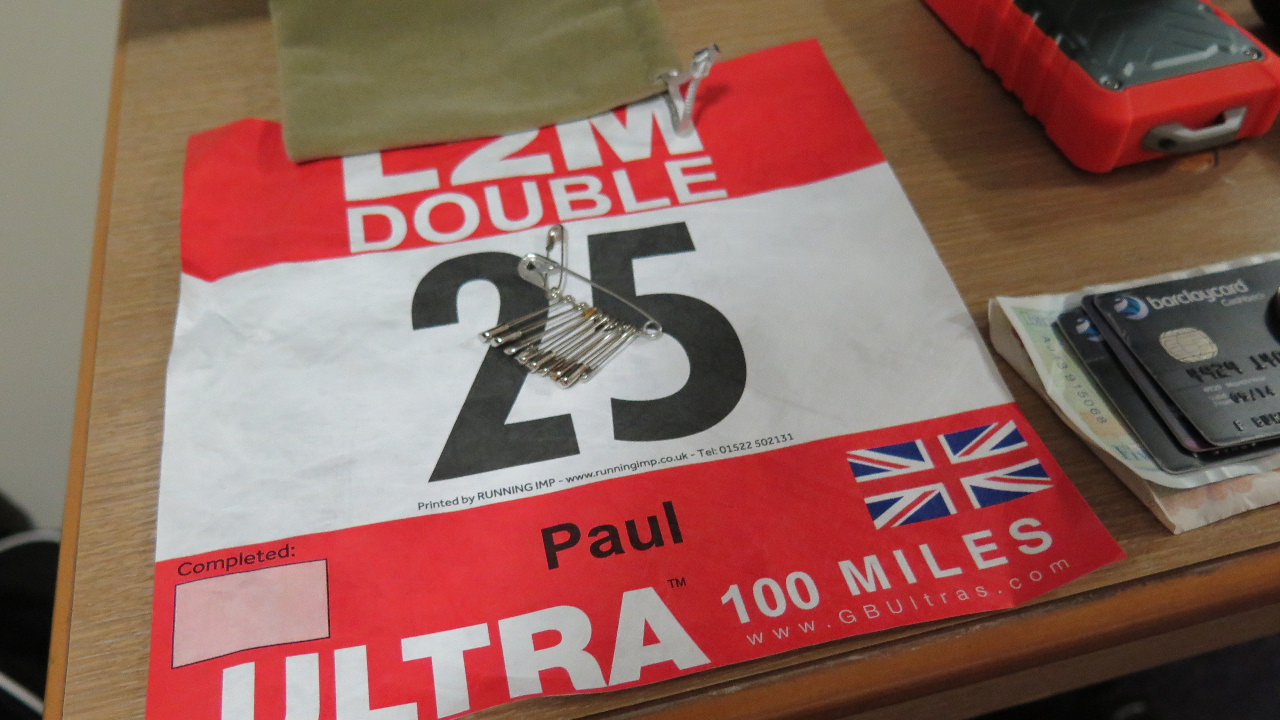 I’m not a runner and up until a few days ago I had no experience or idea of what it takes to run that sort of distance – but over the weekend I got to witness first hand just what it takes, both in terms of preparation, equipment, planning, organization and sheer mental strength.

Paul entered and completed the Liverpool to Manchester to Liverpool Ultra Marathon (the L2M) and covered a distance of 100 miles and at the same time raised over £1,300 for the Tameside based charity OKE.

Paul had ‘recruited’ me some time ago to act as his support for the race – and doing so provided me with a real insight to the event and the personal effort required to do it. I wrote previously about this and you can read earlier posts here.

We set off on Friday when I picked Paul up, as I arrived at his house he was making last minute preparations, packing his kit, mixing his energy drinks and sipping from a can of Brew Dog Punk IPA (which he assured me was an essential part of any pre race activity).

There was a fair bit of gear to be loaded into the support vehicle (my car) and this included a fridge (full of suitable food to sustain him over the 30 hours), drinks and gels along with different types of running shoes, headphones, special battery packs that would keep his phone and GPS gear running and also a variety of hats, sunglasses and head torches – we also packed away tickets to see the John Cale and Nico Re imagined event at the Liverpool Sound City venue on the Friday evening, an event arranged to mark the 50th anniversary of the Velvet Undergrounds debut album.

On arrival in Liverpool we went to the place where the race was due to start so that Paul could check in and do his pre event registration and then after that it was off to the local Premier Inn to drop some gear off, have a beer and do some quick planning before catching a train into Liverpool, heading for a bite to eat and then off to the rather rough and uncompromising Sound City venue.

The Liverpool dock area was wonderful and it did make me think that I’m overdue a visit there when I should find time to really enjoy wandering around and taking in the magnificent buildings that line the waterfront.

We were back at the Premier Inn and in bed for midnight and managed a few hours sleep before getting up around 04:00am, sorting stuff out and heading for the race start location which was just a few minutes drive from where we had stayed. It was way too early for breakfast, but thankfully I had managed to get a coffee before we left. Once at the race location I left Paul to get on with the business of checking in and the mandatory kit inspection and then it was really just a case of waiting for the 06:00 am start.

A few minutes before 06:00am the field formed up for the pre-race briefing and then were off, once the runners were underway I made my way back to the car and headed for Check Point 1, which was about six miles or so out from the start, after that the routine was pretty much established for the next 30 hours or so.

I would head to each Check Point and if it was one where I could park closely too I set up a small table with a range of supplies for Paul, although a couple of the stops needed me to pack gear into a bag and carry it to the appropriate area – all with the intention of leaving him to concentrate on the running and me on the logistics so that on arrival at each stop he had a full range of options ready and waiting for him, allowing him to keep his stops to the minimum and to free him of any effort in packing and unpacking gear – it was also one of my tasks to set the timer running and to advise him as the stop time approached the five minute mark!

On the plus side for me the weather on Saturday morning was glorious and was soon around the 25C mark – whilst that was good for me, it wasn’t great for Paul and the other runners.