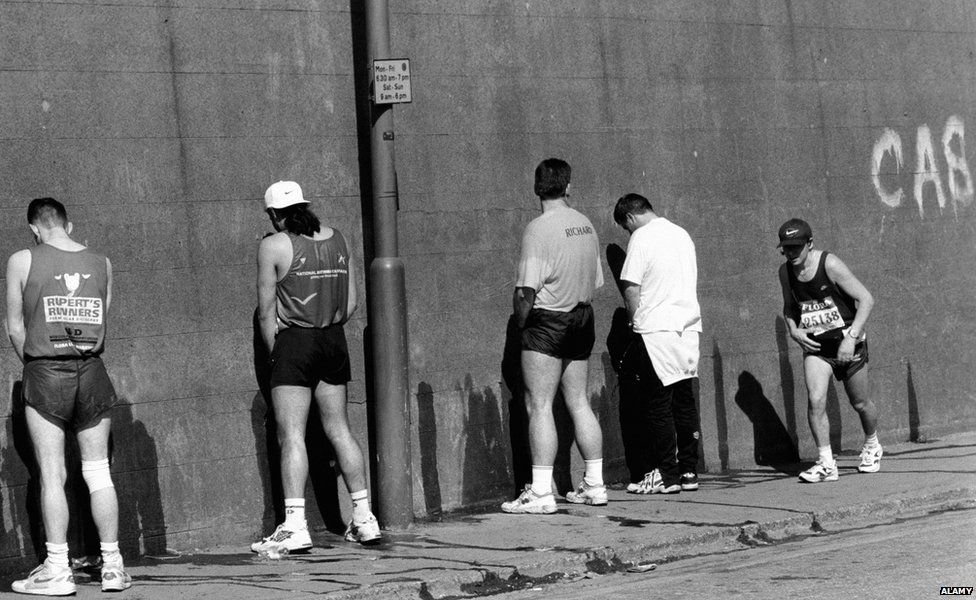 A short while ago I innocently answered an email from Paul that he sent to check out what I was doing towards the back end of May.

I replied promptly as I thought he might have been wanting to arrange some childcare for his two young children … it turned out it wasn’t childcare he wanted but he did want a whole weekend of my life!

I’m reserving judgement at the moment about whether I was far too hasty in replying – maybe a case of reply in haste and repent at leisure but I did smell a rat when I was offered a free ticket to the  John Cale concert in Liverpool, along with paid for overnight accommodation and food and drink. I think as well that my car will become the support vehicle for the weekend. Of course I’m not suggesting that Paul isn’t always a generous chap but ….

Anyway the upshot is I agreed to ‘crew’ for him whilst he runs his 100 miles in the L2M Ultra Run in May, and almost before the virtual ink was dry on the email to say I would do it I was bombarded with a whole range of web links setting out what was expected of me – but having had a look through, it sort of boils down to staying awake for about 36 hours offering words of encouragement etc, it does mention some stuff about being prepared to give a foot massage but frankly that’s not happening even if it means he falls short of his target at the 99.9 miles mark!

Since agreeing to support Paul and play a small part in what is sure to another fine achievement I thought I best find out a bit more about his running, with that in mind I managed to catch up with him the other day. In between his work, training and family commitments we spent time chatting about his running, or rather I spent time asking him a few questions (interview style). Here’s what he had to say

Tony: So when did you first get into running Paul?

Paul: Well it was probably about 10 years ago.  As far as I can remember I was very much pushed into it by my wife and sister-in-law and in truth I don’t think I could run more than 200 metres at the time without feeling massively out of breath.  I also felt incredibly self-conscious running ‘in public’.

For the first few runs I had to run walk/run. If I’m honest I can’t really say that I enjoyed the early days but I was challenged to do a 10k and at the time it seemed an impossibility and so something ‘big’ to go for.  I’m still very proud of when I first did the 10k distance, although it wasn’t actually a race it was oart of my training and I remember coming home and having to have a lie down!

Everything is about context and where I was at that time and in terms of fitness, 10k was an unbelievable distance.  Now of course I will do an 11k run-commute in the morning and the same again in the evening and maybe do that three times a week.

Tony: OK but I have to ask you about Ultras … quite simply why?

Paul: Good question.  After I ran my first marathon which was the London Marathon in 2010, I found it really difficult to motivate myself to keep on running and I just about gave up running for a year or so.  I spent ages looking for a challenge until it dawned on me that maybe it was not about running a standard 5k, 10k, half-marathon or marathon (all of which are great of course) but simply it was about seeing just how far I could run.  Then a little bit of reading made me realise there was a whole community of runners out there who have been doing ultra-running for ages and my thoughts about it were nothing out of the blue.

Tony: OK thanks, so if you had to pick the best moment in your running ‘journey’ so far, what would it be?

Paul: Thats an easy one for me to pick, it just has to be finishing the 100km Race to the Stones in July 2016 and my wife, Manu, and my brother, Mike, being there to meet me.

Tony: Fair enough, I think can imagine how good that must have felt, but what would you say if I asked you what was your worst moment in your running ‘journey’

Paul: Same race actually and probably when I was at about the 90km point.  It was just gone midnight, pitch-black, I was alone running through fields, with little idea of where I was and I really questioned myself as to why I was doing what I was doing.

Tony: When you say things like that it almost makes me want to go back to the earlier question of why, but I have to ask you another question and I’m sorry to ask this but it’s one of those questions that we sort of need to know – what happens when you’re on the road doing an ultra and you need the toilet?

Tony: Must make a note to put a padlock on my wheelie bin next time there an organised run in the area … that aside do you always try to raise money for charity when you run and if so what are your preferred charities and about how much have you raised so far?

Paul: Not always but I’ve run for a number of charities over the years including MIND, Cancer Research, the NSPCC and Key103 Cash for Kids. I think the cumulative total is somewhere between £3500 and £4000.

Tony: Fair play to you, I’m impressed – that’s a decent amount. Apart from the obvious of an Ultra being longer than a marathon – what are the practical differences for you.

Paul Kit.  So you have to carry more stuff, maybe a change of clothes, maps, water, gels, snacks, batteries for the mobile phone – I have three sets of blue tooth headphones (each with an eight hour life span) and just as importantly travel to and from start and finish points.

Tony: I presume you have a training plan – can you briefly describe it

Paul: I do.   It involves lots of different types of running – hill sprints, regular run-commutes, long runs (30km-50km), recce runs (following the race route) and every couple of weeks I like to run consecutively for three or four days to the point where I really don’t want to run and then … force myself to run so as to train myself to run when I don’t want to run … that may not make sense to you but it makes sense to me.  I also have a personal trainer, James, who puts me through a whole range of different exercises at his gym – boxing, weights, upper body work and all sorts of stuff between.

The other part of training beyond the physical is the mental element … and I think about what I am going to do and how I will react and so I prepare words, phrases and thoughts that will help override the little voice in the back of my mind that says … “stop, give up, go home and rest”.

Tony: What about diet in advance of a run, are there any special foods that you need to eat (or avoid).

Paul: Not really – but I like to have three or four expressos in the morning before a long run plus bacon, a couple of poached eggs and some black pudding.  Strong coffee before a run is good not just for the caffeine but also because it really helps to … er hmm … flush you out!

Tony: hmm … OK, thanks for the flushing out info, moving on, if you had to pick out one lesson that you have learned and turn it into a piece of advice – what would it be?

Paul: Pain is a just a temporary feeling. It will not last.  The satisfaction and pleasure of completing what you set out to do lasts so much longer.

Tony: Blimey, that almost sounds spiritual in some ways, so whats next with your future running plans?

Paul: There are lots of iconic races in the UK but I guess three that are on my bucket list.  They are:  The Grand Union Canal Race (GUCR) which is a 145 mile run from Birmingham to London following the Grand Union Canal.  There is a 200 mile coast to coast challenge called the GBUltra – which runs across Lancashire and Yorkshire.  Then there is a shorter run, about 90 miles I think, that follows Hadrian’s Wall.  I’m also keen on trying a track ultra – which is simply running round a track for 24 hours!  In preparation for that I’m doing a track marathon in February.

Tony: Interesting, although I’ve got to be honest the track ultra sounds mad. Just shifting the focus a little, what football team do you support and why?

Paul: Manchester City.  Why?  Because you threatened to batter me if I continued to support Wolves.   That threat was delivered on the night Wolves beat City 2-1 in the league cup final in 1974.

Tony: (coughs uncomfortably), er moving on,  what do your immediate family think about you running Ultras?

In truth I couldn’t possibly contemplate running Ultras (and the training associated with it) without the full support of Manu.  Distance running is essentially a very selfish exercise, it takes up a huge amount of time and when I get home I am often exhausted.  So, I try to do very long runs during the week – by taking a day off work.  Or at the weekend making an early start – so that it doesn’t eat up too much into family time.

Tony: I’m guessing you have a favorite food and favorite beer, what are they?

Paul: Food?  I love spicy food, especially with chillies – I guess I am going to have to go for a cold & spicy Thai rice-noodle salad – especially one made by Manu. As for Beer, then at the moment Brewdog Punk IPA but I would never turn down a Guinness.

Tony: OK thanks for that, we’ll leave it there for now, perhaps in the next update we can have a few pictures of you running and you can tell us just exactly which charity(s) you are hoping to raise money for this year when you run the Ultra

If you missed the first post about Pauls run, you can see it here