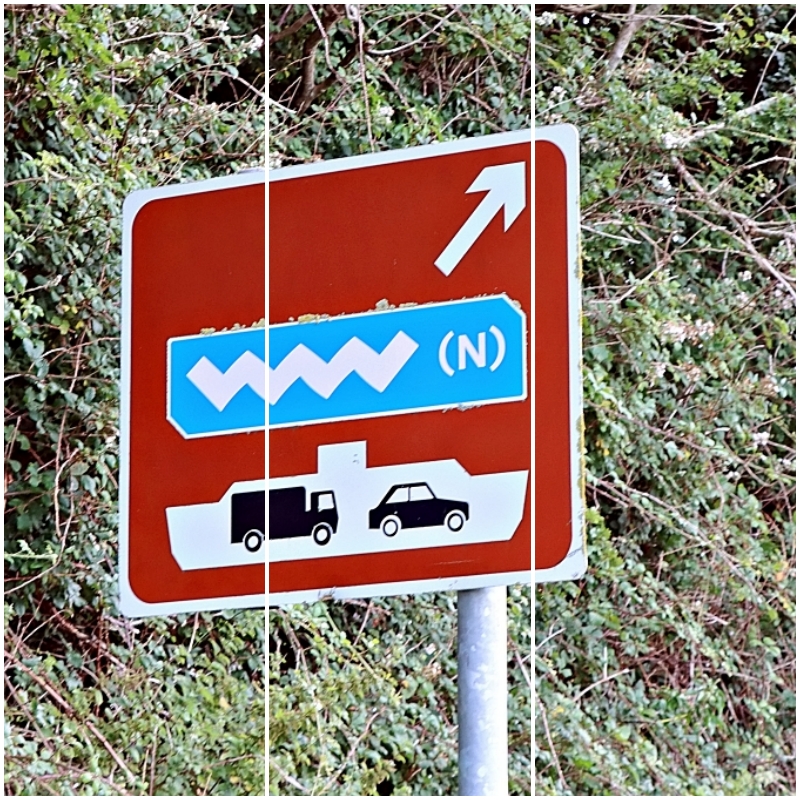 Return to the Emerald Isle – Part 3

In th last blog post (Part 2) I had written about the Return to the Emerald Isle trip and having stayed overnight at the terrific B&B Carigglea in Listowel. After a decent breakfast cooked for me by Aoife I set off for my Friday night destination in the small town coastal town of Mulranny in County Mayo.

Interestingly there seem to be quite a number of ways of spelling Mulranny and these include  Mulranny  ‘Mallaranny’, ‘Mulrany’, ‘Malaranny’, ‘Mullaranny’ or ‘Mullranny’ but any which way that was where I was heading for my overnight stop. There had been no particular reason for picking that location other than it seemed to be a good point between Listowel and my weekend stop in Coolaney in County Sligo.

Back to the ferry and the long way round

After leaving Listowel I made the short journey to Tarbert to catch the ferry across to Killimer . This was the same short crossing I had done the day previously when I headed out to Loop Head.

It’s only a 20 minute or so crossing, and once across the water and off the ferry at Killimer I headed on towards the coast via Kilrush, Quilty and Doolin before making a sort of left turn at Galway and heading out to Letterfrack, Westport and then finally onto Mulranny. The weather had stayed dry but I knew from various forecasts that wasn’t at all likely to be the case for the coming weekend … although at that point I had no idea just how wet parts of Saturday and Sunday were to become.

On the basis that the biggest clue to the location of the accommodation I had booked was in the name … Mary’s of Mulranny, you wont be surprised to know that it is in Mulranny and is owned and managed by Mary.

Make no mistake this is a decent place to stay. I had booked a double room with garden view (there are three other rooms one of which is actually a self catering apartment).

The usual priorities for travelling on a motorbike were easily met: decent parking for my bike (at the back of the property), a very good shower and tea and coffee making facilities in the room – who could want for more?

But this property did a bit more than just tick the boxes. Mary the owner has got things just right, I met her just as I arrived and she came across in person as she had in our email communications which was essentially as someone who is kind, decent and helpful.

On arrival Mary moved her car for me so I could put my bike at the rear of the property and when I was leaving the following morning she took time out to offer me towels to dry my bike off before I got on it (although I declined her kind offer).

I’d say Mary has got the approach to owning and running a guest house completely sorted.

The place has an interesting history and is understood to have been built towards the back end of the 19th Century/early 20th Century. In previous times the building was used as a Garrison with prison accomodation and then in the 1960’s as a Doctors surgery – in fact the part of the building that is now the one bedroom apartment used to be the surgery.

But those days are long past and the accommodation is now fitted out to a really decent standard and with a very decent quality of workmanship, and I can confirm that these days there is no ‘difficult receptionist’ to get past or a waiting room full of patients. The communications from Mary before I arrived and whilst I was there were just right and possibly the best/most welcoming in all of my travels.

The property is accommodation only rather than B&B but with a cafe serving breakfast along with a supermarket just a stones throw away it’s not a problem at all.

In the evening I had a decent pint in the friendly local pub and a decent pizza from the nearby take out – all in all Friday had been another really good day.

Bit of a damp start

It was Saturday when the weather turned against me, up until then it had been pretty much ideal throughout my trip.  The rain was pretty heavy and enough to delay my departure from Mary’s.

Normally I like to be away and on the road for anywhere between about 08:30 and 09:00 at the latest but on this occasion I opted for another coffee as I sat the rain out. My initial start to the day should have given me a clue that things might not be ideal, when the day had started with me brushing my teeth with Savlon rather than regular toothpaste … an easy mistake!

My plan was to head to Achill Sound then to make a loop around Achill Island taking in Keem Beech before heading back and through the Wild Nephin National Park, onto the coast at Belderig before dropping back down to Foxford and working my way sort of north east to Coolaney and my weekend accommodation.

Should have brought a canoe

After getting underway and with less than 10 miles done my plans were on hold. I had left Mary’s in light rain but by the time I got to Achil Sound I would have made better and safer progress in a canoe than on a motorbike. Conditions were so poor I decided the safer option was to take refuge in a bus shelter, which I did for the best part of an hour.

Once the storm had lightened I set off and within and hour or so was enjoying a big improvement in the weather with blue skies and pleasant conditions. My revised route worked well and I ended up having another very decent day and that included taking in more excellent coastal roads and scenery.

Late Saturday afternoon I arrived at and stayed a couple of nights in the small village of Cooloney in County Sligo. My accommodation was decent and was just about a mile from the small village.

The local pub ‘The Happy Landing’ was super friendly, the Guinness superb and the place was rammed on the Sunday night for the Gaelic Football All Ireland Final 2022  between Galway and Kerry and which Kerry won.

My Sunday had seen me make a late start with just a loose plan to sort of ride into Sligo then onto Donegal, Killybegs and back.  The weather was totally bizarre, pretty dry to Donegal, damp to Killybeg and then utterly torrential on the way back for an hour or so.

I found out later that a third of the average monthly rainfall for August fell in just one hour … the Irish Independent newspaper reported the rainfall as apocalyptic … and I was out in it.

There was no shelter to be had and I resorted to riding at about 20mph with hazard lights on and all the while feeling slightly twitchy until things cleared up.  I remember thinking again, and not for the first time on this trip, that I was glad I had the new tyres fitted just before I came away.

But all is well that ends well, the torrential downpour stopped and I got back to my accomodation safely.

A hot shower, a walk to The Happy Landing, a good pint of Guinness and then a pizza at the Bella & Brava restaurant in Colooney and all was good and with just one more full day of the trip to look foward to I needed to make sure I found a good route to Larne in Northern Ireland. You can go to Part 4 at this link

Clicking on any of the images below will open a picture gallery that can be clicked or scrolled through. Scroll down to the next gallery for pictures from Saturday and Sunday.

Close call on the petrol

Clicking on any of the images below will open a picture gallery that can be clicked or scrolled through.

Too wet to ride

Refreshments on the way to County Sligo

Walk to the village

Return to the Emerald Isle - Part 2. A motorcycle road trip

Great pics. Some of those roads look amazing, and nice to see plenty of shots with the bike in!