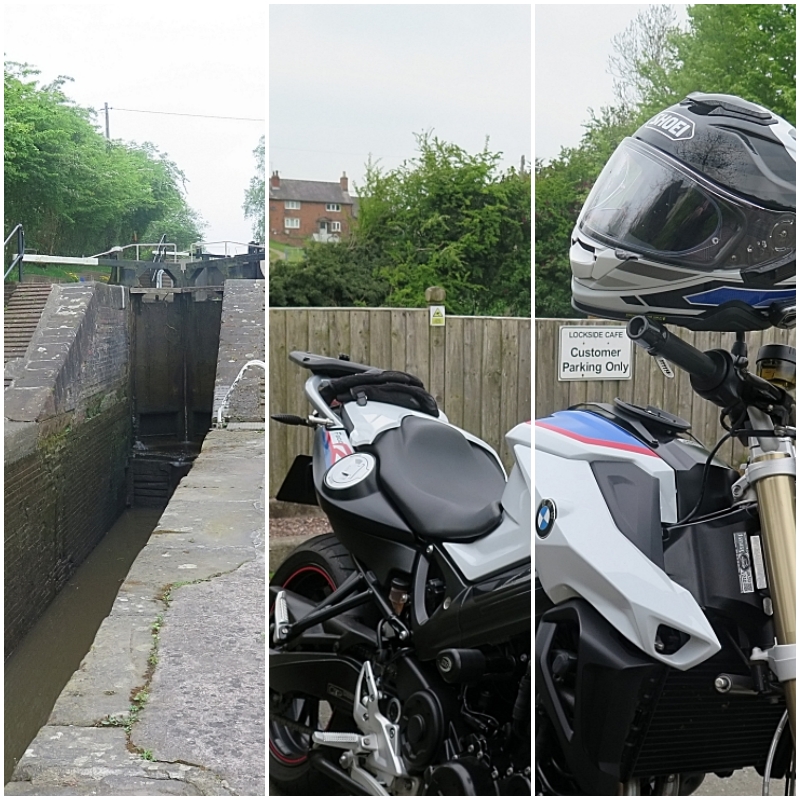 My last post was written after being out and about on my BMW RnineT, but on this ride I was out on the BMW F800R after it’s recent MoT test. I really do enjoy riding this bike. It’s an easy bike to ride, like my other bikes (the RnineT and Guzzi V7 Cafe) it’s not overloaded with gadgets – pretty much a basic bike to just get on and ride.

I suppose some folk don’t like the Rotax engine but to be honest I haven’t found any issues with it – I suppose it won’t win you bragging rights against what ever powers the latest offerings from Kawasaki, Suzuki etc but that sort of thing has never bothered me in the past and it’s hardly going to start now. It’s an easy bike to ride, is plenty quick enough and runs pretty quiet – there is no banging, popping or howls from the exhaust and no significant induction air noise which can be a real benefit on a long ride.

On the downside I’m not overly impressed with the levers, or rather the range of adjustment that is available with the OEM levers. I just can’t adjust the span quite enough to make them comfy – they are fine on shortish rides like today but less than ideal on long trips and long days on the bike, it’s on my list to address.

Heading out into Cheshire

I headed out towards Alderley Edge, then on via Holmes Chapel and towards Jodrell Bank – on roads that I have rode on more times than I can remember, but roads that I never really get bored with. Then it was on towards Whitchurch and a stop at the Lockside Cafe situated next to the Shropshire Union canal for a decent mug of coffee and a couple of slices of toast before heading for home having enjoyed a relaxing time on the bike and completed about 130 miles or so.