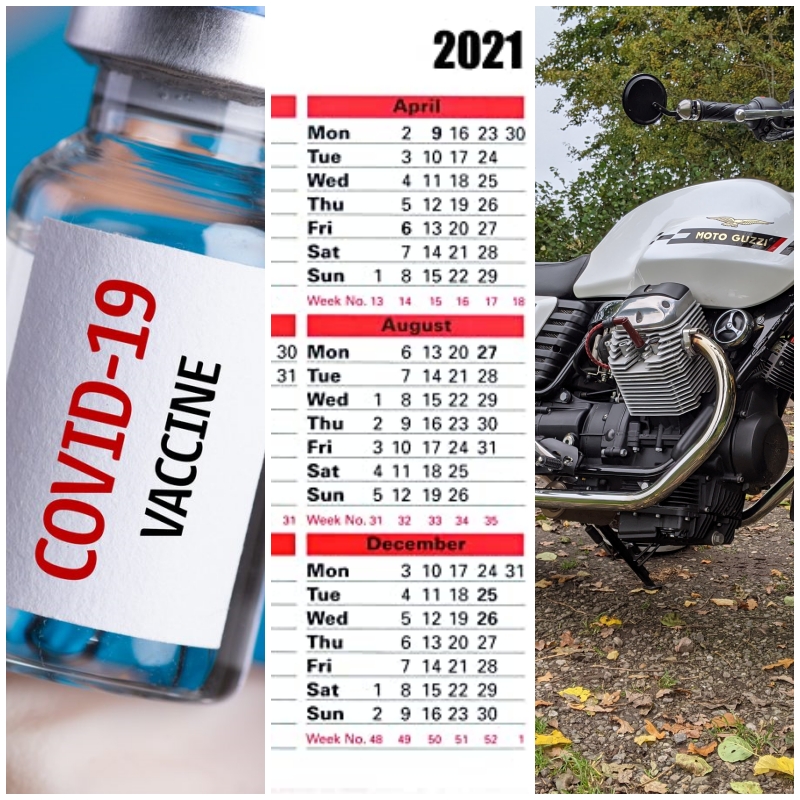 There’s no question that 2020 fell somewhat short of being the best of years for many people and for many things – including of course not a great year for getting out on a motorbike.

Covid 19 and the global pandemic pretty much saw to that.

A series of national lockdowns and some pretty severe local (tier) restrictions in the part of the country where I live meant that opportunities to get out ranged between limited and non existent  for most of the year.

2020 had started pretty well and my wife and I had a very decent European trip (by car) when we travelled in Germany, Czech Republic, Belgium etc I wrote about that trip in a series of posts  on another blog site, the first of those posts from the German town of Hamlin is here.

I moved my planned trip to Spain back from July to September, which actually turned out to have been hopelessly optimistic as the virus rumbled on and foreign travel was pretty much a write off, unless of course it was deemed essential. So in turn this meant the Spain trip was moved back to 2021 (more of that later).

Thankfullly though, there was a brief period last year when restrictions were eased and I was able to make a couple of short trips to Scotland I wrote blog posts about them here and here.

Both were short but really enjoyable trips and both were done on the BMW F800R that I had bought back at the start of August from Derby Kawasaki.  There were a few other local rides out on the F800, the RnineT and the V7 but by and large it fell a long way short of a memorable motorcycling year and very little mileage was clocked up – I’m not sure of exactly how much mileage I did but it was probably only around 3,500 or so (combined across my bikes).

When I first booked my one way ferry ticket for last years trip, my plan (in so much as there was a plan) was to take the ferry down to Bilbao, head off to the Picos for a few days, make sure I spend some time down in the mountains of the Serra de Estrella in Portugal, and then at some point make a route home maybe crossing Spain, into France and then perhaps heading to Switzerland via northern Italy and then maybe on some favorite roads through Germany, Luxembourg etc.

Without a set return date I had provisionally been thinking that I could make a decent trip on my own for about three weeks or so.

Last time down in Portugal was in 2018 and I have been desperate to go back to the fabulous mountains, 2019 fell apart for me when I had the knee fracture and was a pretty miserable biking year really, and then of course 2020 has been quite a year of disruption for everybody.

Hopefully 2021 can only be a better year.

The continuing national lockdowns have seen a slow start to the biking year in 2021. In fact I have only been on one bike on one occasion and that was when I took the F800R for its first MoT the other week.

Last week I took the covers off the RnineT and gave the petrol tanks of both the BMWs a wax and shine that in truth, neither of them needed but it was nice to do it anyway.

There is nothing left to tidy in the garage. The shelves are tidy the floor is clean, the bikes are gleaming and ready to go … but wouldn’t you just know it, as the national and local restrictions are set to ease I have a date with the surgeon to do a bit more work on my damaged left knee.

I will be keeping my fingers crossed that I’m not out of action for too long, but I’ll certainly know this time next week what the rehab’ plan is looking like.

At the moment I am staying hopeful that I will be back on a bike in May.- and if that is the case and the weather is favorable I don’t intend to hang about – my biking has been interrupted more than is ideal for a few reasons in the last couple of years and I’ve certainly missed my biking during the last year

Off to foreign climes?

At the time of writing I have a ferry booking in place.

I moved my September 2020 booking back to July of this year and changed it from a one way ticket to a return ticket partly on the basis that multiple border crossings and travel in multiple countries without a plan may well be compromised a little by ongoing virus related issues.

I have since moved my July booking back to later in the year and I will just have to make a late call on whether I make a European trip at all this year – but if I do it will most certainly involve some time in the Pico’s in Spain, time in Portugal and time down in Andalusia.

But if it doesn’t seem the right time to travel later this year then I wont.  I certainly don’t expect to go if there are travel restrictions in Spain and Portugal, nor am I likely to go if health advice runs against travelling.

Hopefully there will be a few opportunities for bike trips to Scotland and of course Wales … there are certainly some old route and roads I want to travel again and some new roads I want to find, and as I post this blog it’s been confirmed that travel into Wales from England is back on from Monday 12th April.

Bring on the sunshine … more in due course.

Same here with Ferry bookings Tony…moved our April 2020 Hull/ Rotterdam to April 2021and the June 2020 Portsmouth/St Malo, in hope anticipation, to September 2020 but had to reschedule again to June 2021. The April 2021 trip did not happen so again have rescheduled to April 2022….We have given up on the France trip this year and rescheduled the booking for June 2022. All this of course is frustrating given our advancing years…. but health is always the priority. Having said that…. the UK has some prettty outstanding places to visit…. just keep away from Scotland in the midge season…. unless you have Scottish blood in your veins. Take care , keep safe.

Yes it’s been a tricky old time with the ferrys and travel in general. I love Scotland and go there quite a lot and hope to get a few trips there this year. I tend to think Spain/Portugal isnt really going to happen this year – but who knows. Best wishes