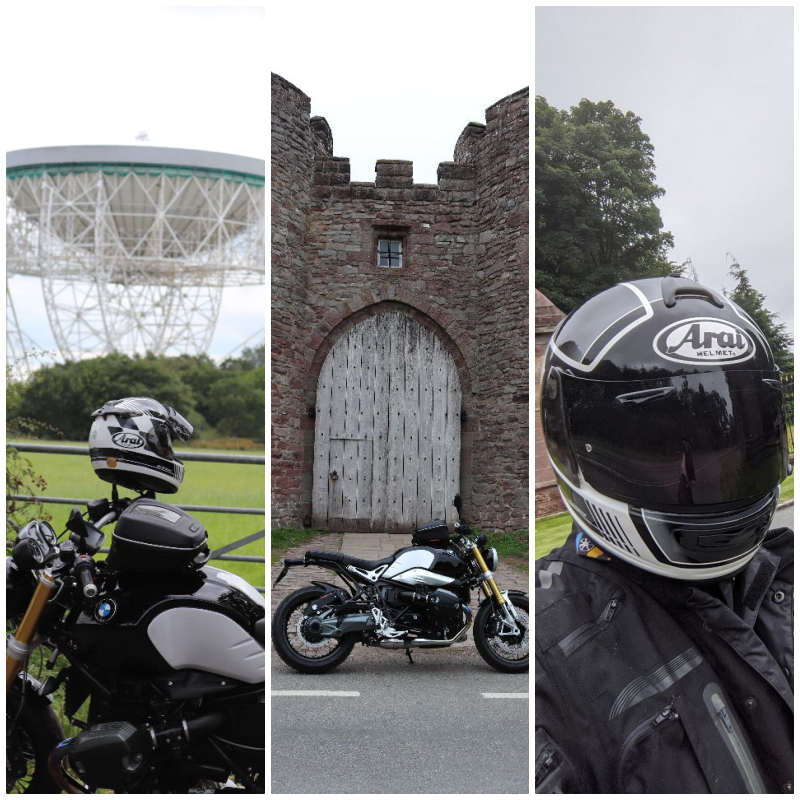 After the last three bike rides being on the new BMW F800 which I picked up last week from Derby Kawasaki I decided that yesterday’s ride would be on the RnineT and altogether different riding experience.

I headed out early along the familiar Cheshire roads out towards Alderley Edge, before turning towards Jodrell Bank and Holmes Chapel then it was down the A556 and on towards the road stop area at Broxton Roundabout for coffee but not before I had followed the road sign for Beeston Castle.

It was one of those signs that I have been riding past for years and years. All in all it was pleasant steady/gentle riding on the almost empty Cheshire back roads.

After my coffee stop at Broxton I decided that I would do a loop towards Holt, Cross Lanes and then head for the Whitchurch and the A49 towards home.

Oddly enough when I stopped at the petrol station near the Broxton Roundabout there was a sign instructing bikers to remove crash helmets for security purposes, which I of course did, only to replace it with my Covid 19 compliant face covering … just sayin.

It turned out the A49 was closed (at the Whitchurch end) which meant I had to double back and head sort of towards Malpas before picking up the roads back towards Homes Chapel, Jodrell Bank and then home.

If you want to check out recent posts, see the following links:

Some pictures from the ride are set out below. Clicking anyone of them should open a scrollable gallery.