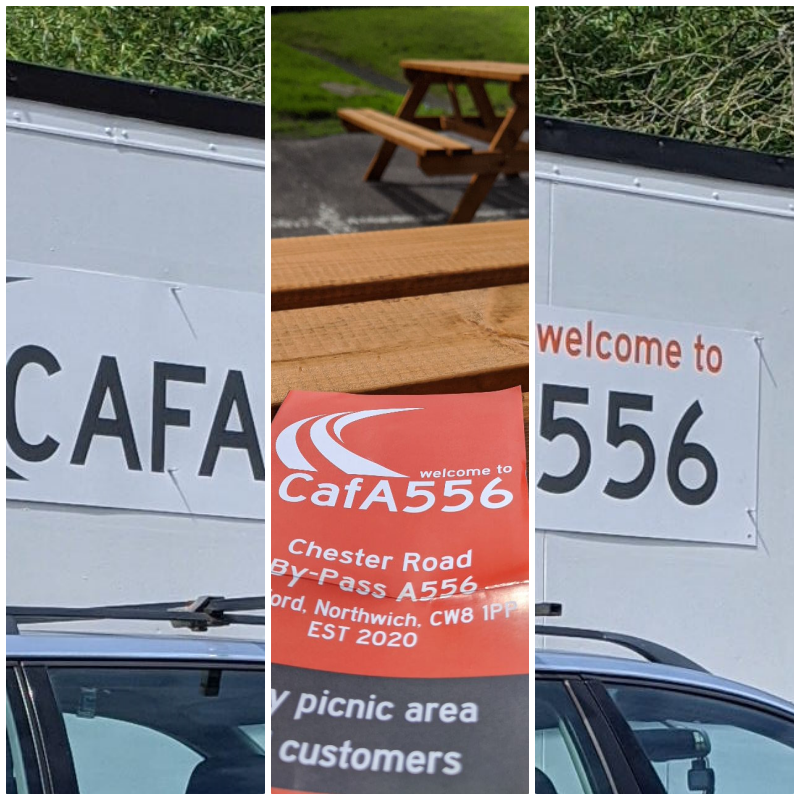 For many years and probably more than I really care to remember I have often headed out along the A556, either heading for North Wales, Shropshire or some of the back roads of Cheshire.

A place that has been a frequent coffee stop over the years has been the roadside ‘cafe’ formally known as the Hartford Diner and then in more recent times known as Jeppo’s.

It ticked the boxes as a sort of classic British road side stop – nothing elaborate in terms of food, just good prices and good value basics – sausage sandwiches, bacon sandwiches etc. and breakfasts that looked almost too big to eat!.

For many years it was quite a popular stop for bikers heading out that way, as well as passing motorists, lorry drivers and on occasions folk who were making an early start on a day’s fishing.

The place itself is just off the main road (A556), has plenty of car parking space, and for a period had decent benches and tables and a fairly extensive picnic area.

Over the years the place became a little run down, the public toilets on site became unusable, I think perhaps due to a combination of lack of cleanliness and vandalism.

Later there was another toilet facility (that I had think had formally been for staff usage) and that could be accessed by asking for the key in the cafe area, but that in turn became pretty unfit for use.

Over time tables and chairs fell into general disrepair becoming broken and unsightly and all in all gradually becoming much less of an inviting area to stop for a coffee.

Having said that I did continue to stop there, I suppose the familiarity with the place was one of the reasons, but it became less and less of a location where you might reasonably expect to bump into other bikers for a chat over coffee before heading off and faces that had become familiar over the years seemed to drop away.

I missed a lot of biking last year due to injury and then of course the Covid 19 situation put paid to much riding in Spring and early Summer so I’m not so sure when Jeppos was taken over and re-branded, but it has been and now goes by the name of CafA556, not a name that easily rolls of the tongue but one that I suppose highlights its location on the A556.

I only noticed the re-branding recently (post lockdown) and it was only earlier this week that I stopped there since the move to new ownership.

The first thing to say is that it looks better, much much better. The inside of the cafe area is much cleaner and looks like it’s had a bit of a refit. Outside some new tables/benches are in place and a temporary toilet facility is available

There’s still work to do in terms of general maintenance (especially to the grassed areaa) to bring it back to how it used to be – but I’m hopeful the new owners maybe have that in mind.

Coffee was fine, service quick and freindly and so I’m glad to say it’s back on my list of regular stops – it’s ideal for those occasions when I just want to nip out for a 60 to 80 miles round trip for  a coffee.

I checked out the website when I was home and some of the language used is sort of interesting and amusing. In truth some of the statements are pretty bold for a roadside cafe.

‘appetisers and deserts are zestfully available’;

‘our food will fill your appetite, will treat your taste buds and will enhance your metabolism’;

‘we can promise you every dish will have its own unique flavour and its own charm to enhance your experience of takeaway food. Let’s taste the world in a different way’;

‘we are making it our mission to be the food sector you want’.

Well whatever the merits of statements like that, I’m really glad the place has had an uplift, it will get my business and I really hope it does well and goes from strength to strength – if you’re a biker heading out that way whether its to Oulton Park, J&S at Northwich or just passing – why not give it your custom and give it chance?