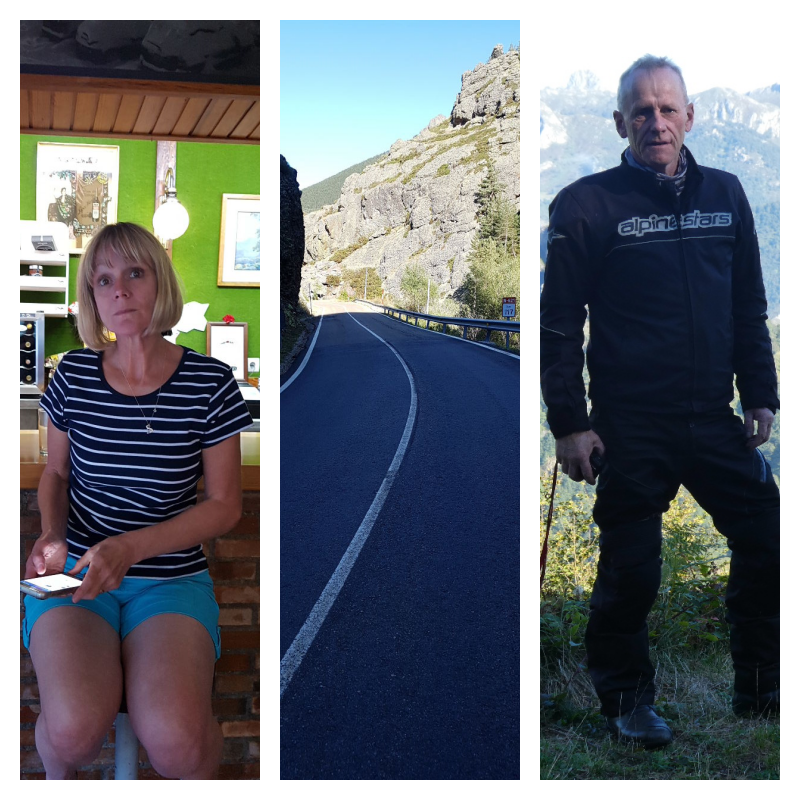 It would be no exaggeration to say that 2017 was another decent biking year.  At the start of the summer I had headed off on a trip on my own without any particular plan. I wrote in Part 10 about that trip and my travel in: Germany, Poland, Slovakia, Czech Republic, Hungary, Slovenia, Croatia, Bosnia & Herzegovina, Italy, Austria, Switzerland, France, Luxembourg and then into Belgium before heading home.

My second main trip in 2017 was in September when my wife and I headed off to Spain and Portugal. When we set off, the extent of our plan went only as far as having a ferry booked down to Santander and a return ticket for the journey home of weeks later – in between was blank and we just pretty much let the trip unfold.

After a long and very wet ride down to Plymouth we enjoyed glorious weather for the rest of the trip and had a fantastic time. Initially we were in the Picos then Asturia and Galicia before heading down into Portugal and spending time in the National Parks and mountains.

We did the trip on the Kawasaki Vulcan 650 S, which in some respects would seem an unlikely choice for such a trip – the reality though, was that other than some pretty heavy wear on the rear tyre (which we replaced near Madrid) the bike was very good and much better than I had initially expected.  My surprise at how the bike performed in turn prompted me to write a separate post asking ‘Can you really tour on a Kawasaki Vulcan 650S’ you can read that at this link.

The trip also confirmed to me what a terrific country Spain was to ride in, and as I have said in previous posts, in terms of roads and riding it’s probably my favourite European country to ride in – so much so that I was back in Spain and Portugal the following year (2018) on my BMW RnineT – and there will be more of that in the 12th and final part of the Lockdown Lookback series