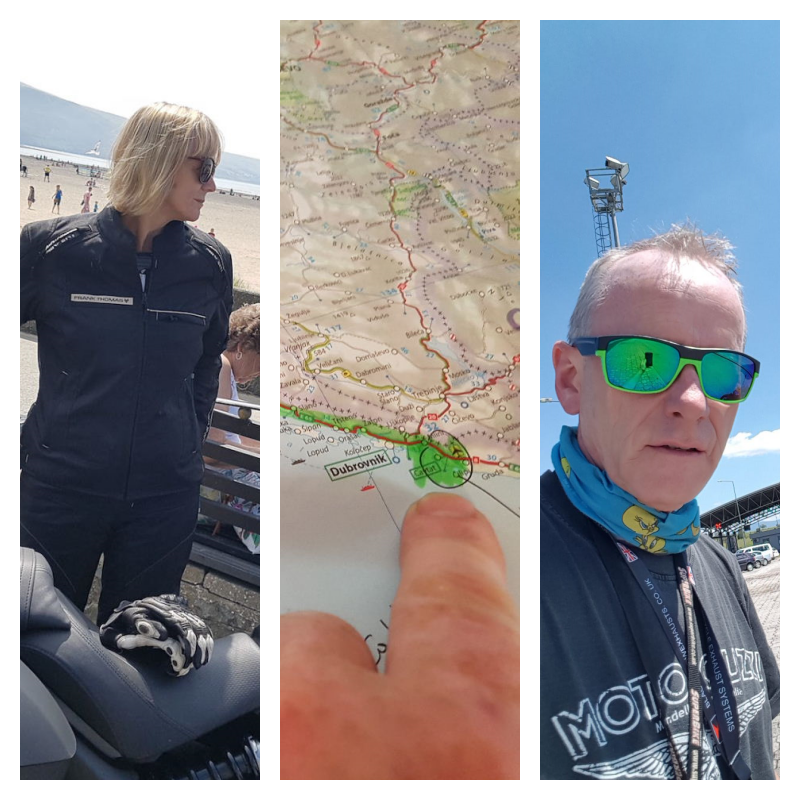 As the lockdown continues in the UK I have continued to cast my mind back to previous years biking and trips and this lockdown post reflects back to 2017.

2017 was quite simply a standout year for my biking. There was the usual general activity that included the Manchester and NEC bike shows and another trip to the Llanfest (the bike show in Llangollen that I mentioned in an earlier post) as well as enjoyable rides in and around the North West and North Wales on my Kawasaki Z1000 SX, Moto Guzzi V7 and now of course on the Kawasaki Vulcan S with my wife as pillion. In addition to ‘local’ riding I did two really enjoyable European trips in 2017.

The first of these was a solo trip that started with me heading to Germany and then onto Poland with no real plan other than a vague notion that it would be good to motorcycle down the Dalmation coast in Croatia … as it happened I ended up in Slovakia, Czech Republic, Hungary, Slovenia, Croatia, Bosnia & Herzegovina, Italy, Austria, Switzerland, France, Luxembourg and then Belgium before heading home.  I had rode in some of those countries  before but Poland, Slovakia, Hungary, Croatia and Bosnia & Herzegovina were new.

During the trip I did actually realise that vague notion of biking down the Dalmation Coast in Croatia and it fully lived up to my expectations. This trip, perhaps more so than previous trips  genuinely felt like an adventure and provided many memorable moments and new experiences … not all of which I would want to repeat.

It always proves to be a really difficult question to answer when I’m asked which trip was best or which country do I think is best to motorcycle in – different trips and different countries each have their own merits – but the 2017 trip was probably the trip that at a personal level/test of personal resources probably challenged me the most. It was an incredibly memorable trip and I saw sights and places that I will never forget.

I have included such a lot of pictures for a couple of reasons – one of them being that if you are the sort of person who has hesitated to get on your bike and travel then grabbing yourself a drink and sitting back and scrolling through the selection of trip pictures may inspire you or maybe if you are the sort of person who has worried or is perhaps a little anxious of what might go wrong if you can shift your thinking to what if it doesnt go wrong and what if it goes right you can get to places like you can see in the picture gallery. Maybe this post and others in the ‘lockdown lookback’ series will help you realise that it’s pretty easy to travel once you put your mind to it and let it happen.

Alternatively if you’re thinking of making a bike trip maybe these pictures will stir a few ideas, alternativey maybe you just like looking at pictures of bikes and travel and if that’s the case then there should be plenty to go at in this post.

The pictures can of course be viewed on a mobile ‘phone but I think the best way to view them is on a laptop, desktop or tablet. Clicking on one will open a scrollable gallery.

GALLERY ONE – GENERAL PICTURES FROM 2017