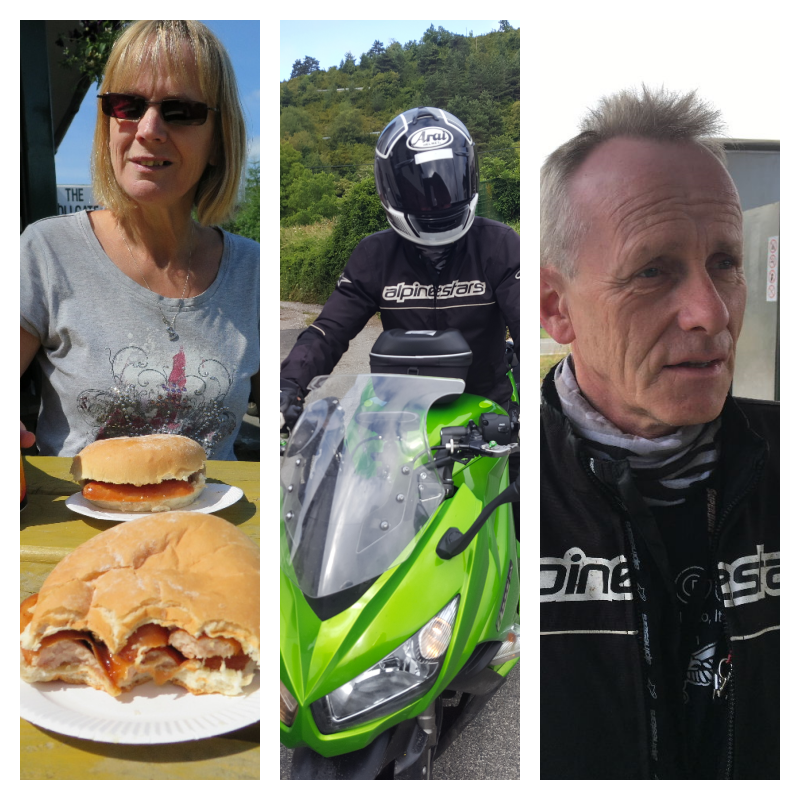 Part 9 of this series moves the lockdown lookback onto 2016.  This was another year that turned out to be a pretty decent biking year and saw the addition of another new bike to the garage … it was the year that saw my wife return to ride pillion on a bike for the first time in a very long time.

I went to four bikes shows in 2016:  Manchester Bike Show; NEC show; Staffordshire show and the Llanfest at Llangollen.  It was the trip to the Llanfest that led to my wife returning to ride pillion and the purchase of a new bike. At that show my wife had commented that the Triumph America (on display) looked comfortable and the sort of bike she could see herself going on and to cut a long story short, although we had gone to the show at Llangollen with our two grandchildren and without any thoughts of buying a bike, a couple of weeks later we checked out the Triumph but decided against it as it felt quite a heavy machine and instead we bought a Kawasaki Vulcan S (the 650cc lightweight cruiser).

The Vulcan has proved to be an excellent bike and although not the sort of bike or style of bike I would have looked at, it’s proved to be great fun and took us both on a terrific motorcycle trip across Spain and down through Portugal in 2017 (see later lockdown lookback posts). You can see pictures from the Llanfest and of the Kawasaki we bought in the first of two the picture galleries below.

The Z1000 SX was still my main bike and was the bike I did a very decent European trip on with friends when we took the ferry down to Bilbao, headed across the top of Spain, in and out of the Pyrenees before heading through France, Germany and Luxembourg – pictures from this trip (RT16) are in Gallery number 2.

In addition to the european trip and numerous genral daily rides I also had a really good five day trip on my own to Scotland and home via Northumberland – pictures from this trip are in Gallery 1.