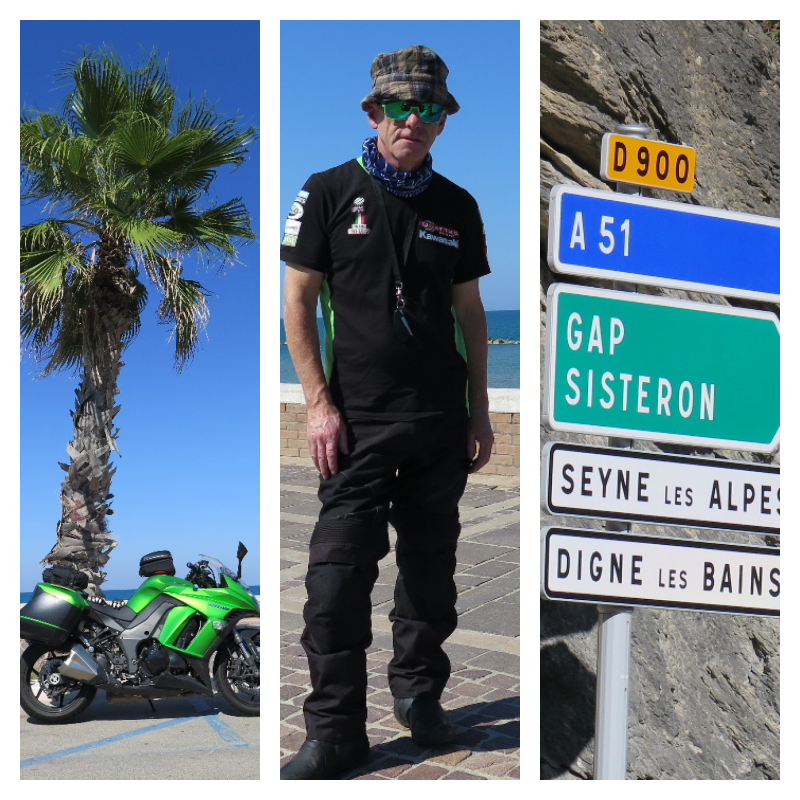 This post goes back to a 5,000 mile European trip that I did in 2015 and that I had mentioned in the previous Lockdown Lookback Part 7.

In some respects it was a trip of two parts – the first part was with three friends making our way from the Spanish port of Bilbao, up into the Pyrenes and then the Cote d’Azur in France, which was great fun and made for an all-round decent few days (about four days I think).

After the first part of the trip I headed off for an adventure on my own that had only the most sketchy of plans and that ended up taking me down the Mediterranean coast of Italy to fulfil a dream I had – to ride the Amalfi coast road. That dream of riding the coast road, had in some some respects the inspiration for this particular trip. Some years before this trip my wife and I had been staying in Sorrento and had taken public transport down to Amalfi, as the coach made it’s way back along the glorious coastal road I looked out of the rear window and saw two riders gracefully carving their way towards us before flashing passed the coach we were on – I knew at that moment that I had to come back on a bike.

After riding to beyond Amalfi and looping back to Pompei via Salerno I headed across to the Adriatic coast, eventually travelling back inland through Tuscany and Umbria, across the Gulf of Venice, through Slovenia and the Dolomites before heading for Rotterdam and home via northern Italy, Austria, Germany, Luxembourg and Belgium.

This was my second ‘big’ solo European trip and it was trully fantastic.  I had a brilliant time and one that often felt more of an adventure than just a bike trip, in fact I enjoyed it so much that I wrote a book What if you don’t break down? – available in electronic format or paperback – you can find details of it here.  I did a few more solo bike trips and information and pictures follow in further posts in this Lockdown Lookback series.