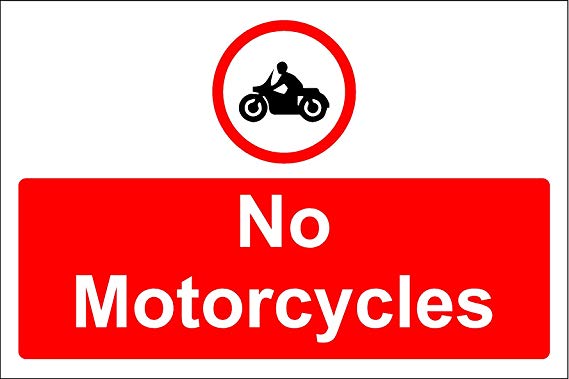 Aaghh it’s enough to drive you mad. Plenty of decent weather in the last month or two, decent motorbikes in the garage and still no chance of me getting on one! I wrote about my knock to the knee a few weeks ago, well almost nine weeks ago now. and since then have posted a couple of updates, the most recent was at the seven week stage. There has been progress since then and the knee brace is now set at 110 degrees, but as pleased as I am with progress it’s been difficult the last day or two not to stop and reflect on what might have been.

Apart from getting out and generally enjoying being on the bikes had I not knocked the knee then literally as I write this I would be within a couple of hours of disembarking the Plymouth/Santander ferry and setting off to travel without much of a plan through Spain, down to Portugal and then heading back probably via Northern Italy, Switzerland and Germany.

As it is I’ve had to consle myself with a few visits to various bike shops that have at least provided me with opportunities to look at, touch and sit in a few bikes. I wrote a hsort while ago about one of those visits and you can read that here. More recently and in the last week or so my wife has kindly driven me to a couple of showrooms – Youles (Triumph) in Manchester and Williams (BMW), also in Manchester.

I was pretty taken by the Speedmaster at Youles – its the 1,200cc Bonneville High Torque engine and all the written and video reviews that I have seen online are massively complimentary about it, and it’s a bike that I’d love to have in the garage some day.

At Williams we just had a browse at nothing in particular although I did want to look at a white F800R which looked nice enough and was for sale at a reasonable price – Williams is always worth a look, always some fabulous bike and a decent coffee on tap as well.

Oh well, it is what iit is and all that. My leg brace is at 110 degress, physio started last week and I’m back at the hospital tomorrow – so room for optimism.

Click any of the links below for recent posts: