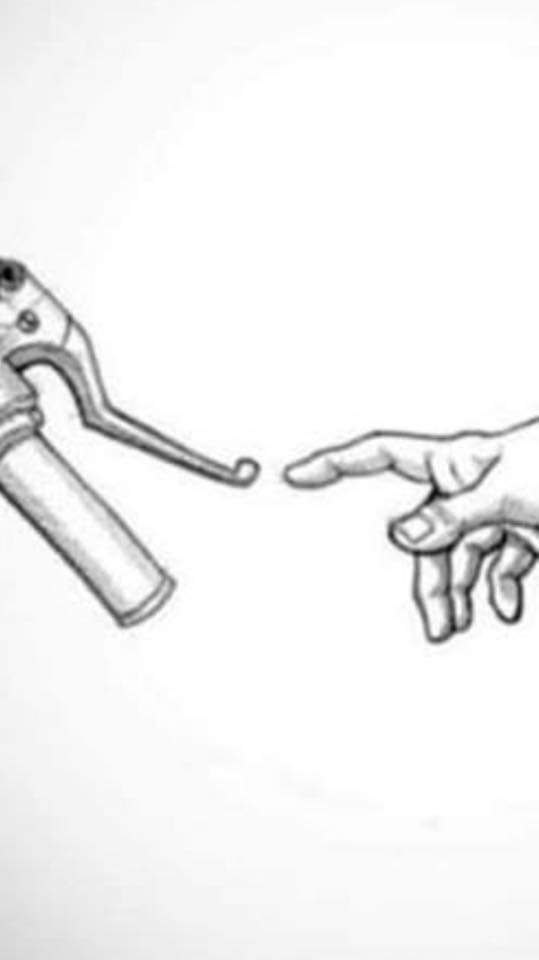 It’s June already and I can’t even say that my biking this year (2019) has been a stop/start affair.

It started later than usual and then stopped and it’s remained stopped and I don’t quite have a date yet for when it might get started.

It was a later than usual start to my biking year due to Doctors orders following some shoulder surgery in March (you can see the original post here), and it was towards the back end of April when I wrote a short Blog post saying how good it was to be out and about at last.

In that Blog post I referred to two short rides – one on my BMW RnineT, the other on my Kawasaki and as it has turned out apart from one other ride to take the BMW in for its service that has been the extent of my biking this year.

As things are set it looks like it may well be at least another five to six weeks before I can think about getting on one of the bikes. Sometimes the unexpected happens and for me it came in the form of a broken knee – talk about the unexpected it was a totally random injury, that in addition to the knee fracture has done some other damage inside the knee and also aggravated some previous issues.

Although I’m on the way to making a recovery the last four weeks have seen me spend almost all my waking hours with my left leg in a brace and my feet up. Short journeys in the car have been uncomfortable but tolerable and the trip to Wembley and back to watch the football team that I follow play in the FA Cup Final was a full on 15 hour exercise in discomfort (but worth it).

Apart from stopping me getting on the bikes it’s also meant that I have had to postpone my plans for July – I had a one way ticket booked down to Santander with just the sketchiest of plans to spend a few days in the Picos then head down to Portugal and back to the area I was in last year.

With no planned date for getting home and just the loose intention to probably head back via Northern Italy, the Alps then onto Germany and Luxembourg I was really looking forward to it.

That trip has properly been put in the bin for July – the best advice from the consultant was that I could go into the garage and look at my bikes – which I have done a few times!.

I took a few diagrams for the consultant to look at, so as to get a view on how soon I’ll be able to make the angles needed to ride my bikes, see the pictures below:

The good news is that with some hard work I should get the required range of movement back and I’m guessing that once I can get on a bike again it will be the Kawasaki (diagram 1) that will be the easiest to ride initially.

It is what it is – is a saying I often use. It’s very much the case with my current enforced rest – so with that perspective firmly in mind I have rescheduled my ferry to Spain for later in the year and if things work out OK with the continued knee recovery my wife and I intend to bring forward some plans we had for later in the year. Next step is tomorrow when I am hoping that the leg brace will come off to be swapped for a knee brace, and then all things being equal iI’m hoping that it shouldn’t be too long before the crutches are dispensed with, although I’m realistic enough to know that full recovery is a way off at the moment.

In the meantime I’ll continue to look at my bikes, start them up,  listen to them and enjoy the lingering smell of hot engines in the garage.

[…] of use, I suppose when you take out the lack of riding during the Covid 19 lockdowns and then my fractured knee in 2019 putting paid to an awful ot of biking, which in turn reduced the usage of the […]