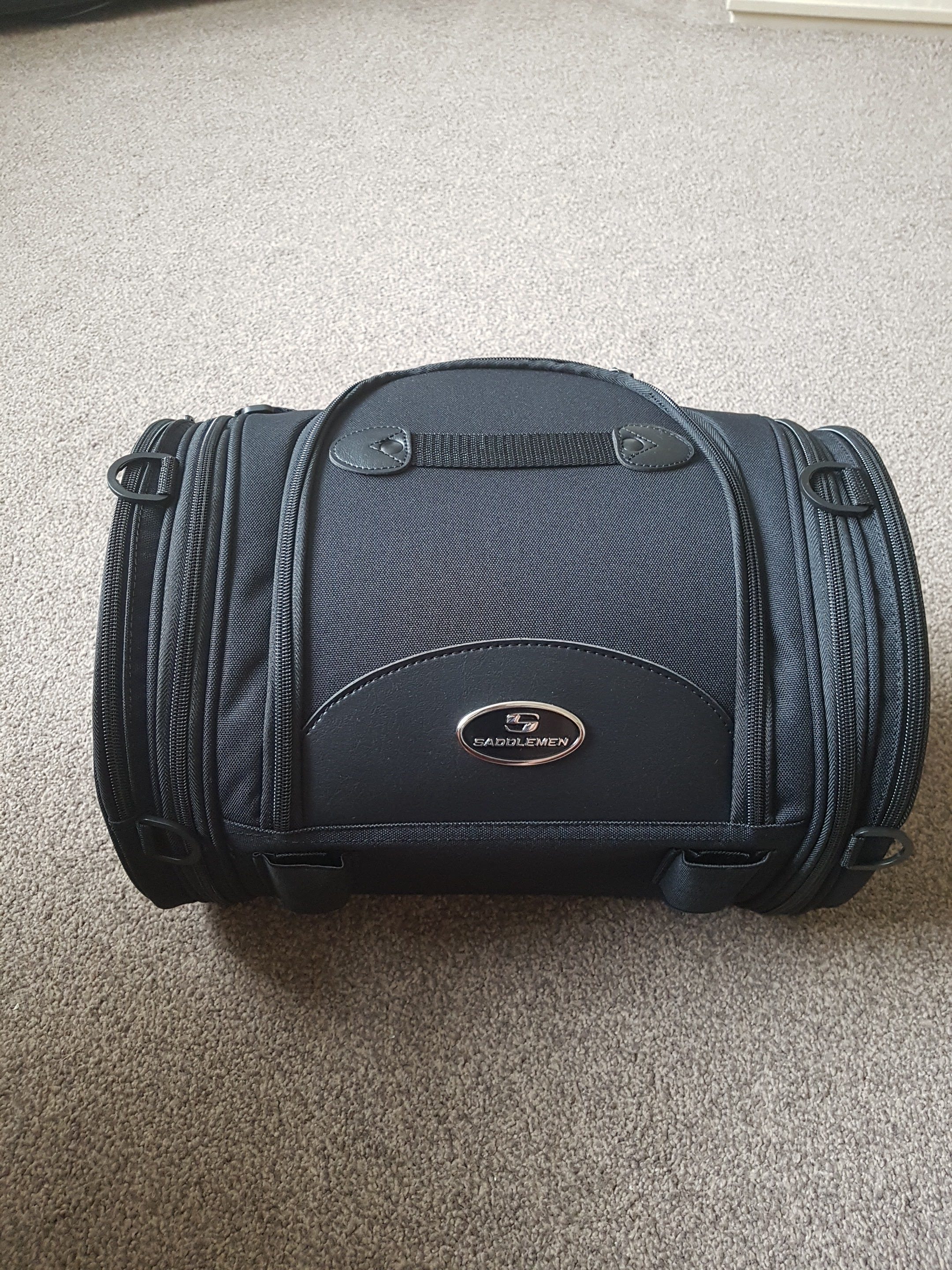 A short while ago I wrote a Blog post about luggage on the Kawasaki Vulcan S (650), you can read about that here

In that post I wrote about the difficulty my wife and I were having in finding luggage that we thought was suitable for the bike, quite a contrast to the OEM luggage on my Z1000 SX which is colour matched to the bike and simply clips on and off.

There are plenty of aftermarket options available for the Vulcan, but some of them mean either having soft luggage (which we didn’t want), having luggage that in our opinion looked too big on the bike or alternatively paying the eye watering prices for Kawasaki’s OEM luggage and ending up with something that aside from its price wasn’t actually quite what we wanted (too small and not lockable).

We went with the Shad options (the SH23s) and there are words and pictures about them in the previous post. Since then we spent some more time looking around and finalized our luggage set up with the Saddlemen roll bag that fits on the rack (model R1300XLE).

It ticked the boxes for us: provides extra capacity, looks acceptable, matches the bike, is a good quality product and sensibly priced. We bought ours via mail order from A. R Harley & Sons and it cost a little under £80.

The roll bag comes with a range of mounting straps, shoulder strap, rain cover and has plenty of ‘D’ ring fastenings – the company web site claims that the universal mounting system means it can be installed onto almost any backrest or luggage rack – and I think they are probably right.

Although the bag comes with a number of straps to secure it to the bike – we decided that we didn’t want to go down that route(or the bungee route), so I made a small attachment to simply fasten the bag to the rack using four wing nuts.

This was a pretty simple and routine job to do, cost next to nothing other than the modest price of a few bolts and nuts – and the wood that I used was some scrap that I had lying around in the shed.

I finished the job off by painting the wood (inside the bag) with acrylic paint and covering the external wood in black gaffer tape.

Of course the acid test is whether or not it works – and the answer is a simple yes.

We tried it out when we did a couple of hundred miles earlier this week in the Yorkshire Dales and it worked a treat and we reckon as well as being a bit neater than using bungee cords and straps it’s quicker and easier to remove and put on as well. The net result being that we thing we have enough luggage capacity for when we set off for a couple of weeks for the Pico mountains in Spain before heading on down to Portugal.