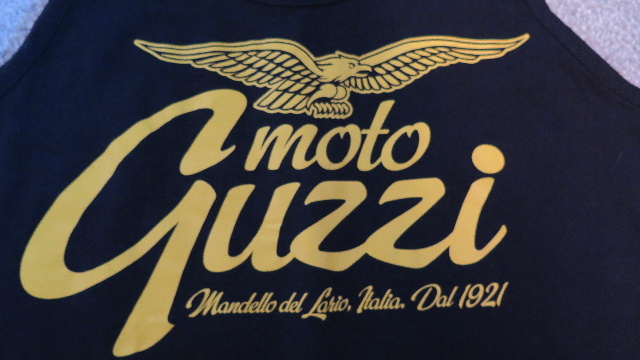 It feels almost too early to start thinking about Spring, but I must admit even though January isn’t over I have started thinking about the prospect of better weather and places to ride to this year.

The only fixed bike trip I have in the diary for 2017 is a couple of weeks in Spain with my wife – but that’s not until September, which seems a long long way off. It’s looking likely that I’ll have a week in Scotland in July with friends (I need to make a decision on that in the next day or two)

Everything else is a bit sketchy really, I’m hoping to  manage a few short breaks in Scotland with my wife  on the Kawasaki Vulcan and I’m definitely hoping to have a few short breaks on my own, probably  the west coast of Scotland and that will be on the Z1000, although I must admit I do quite fancy the idea of a solo trip on the Vulcan as it’s such a different style of riding compared to my other bikes.

Somewhere in my head, I’m starting to formulate a few ideas for another European trip, but it needs to be somewhere different and somewhere that I haven’t been to before on a bike  – which is sort of making me think more towards eastern Europe, but as I said it’s currently just a few ideas in my head at the moment and not much more than that.

Thinking about bike trips whilst keeping warm got me looking back through a few ‘photos and DVDs, which in turn got me thinking about how long I’ve had some of my bike T-shirts.

Having asked myself that question made me think that we must all have our favourite bits of bike gear and T-shirts which prompted me to write this  Blog post, which meant a route in the wardrobe to get them all out.

I’ll start with one that isn’t actually a ‘bike shirt’ as such, but it has the unique distinction of having been worn on every European trip I have done. I can’t quite recall when I got it but the fact it’s done every trip dates it back to at least 2003 when I went to the Moto GP at Le Mans, that also means it’s done about 15 trips I think … so it’s fair to say I’ve had my value from it!

The shirt is just an old Nike shirt and it is starting to go a bit under the arms, but it really does have a special place for me and I just couldn’t start a trip without it.

I think next up in terms of old, well worn and well-travelled shirts is this old one (below) which my brother bought me. It’s definitely from around 2003.  I can recall him getting it me when I had the first of the Suzuki GSX-Rs that I owned. That first Gixer was a blue and white K3 600 (the one with the white wheels). I had another three GSX-Rs after that one, another 600, a 750 and then a 1000. The shirt saw service on all of them. Clearly it is pretty worn and faded now. The logo on the front is barely visible – but other than that it really has worn incredibly well.

Next from the shirt collection are a couple that belong to my wife (see pix below), a nice Kawasaki one along with a Guzzi ‘singlet’ style of top.

Others from my ‘collection’ are in the picture gallery below and they include shirts from various manufacturers as well as bike-related/associated shirts just bought from Amazon and the like.

The Repsol Honda shirt has a slightly different history than any of my others, as that one was bought when I was travelling through Spain a few years ago and cost me a fraction of the price it would have done at home (I got it in a Repsol garage when I stopped for fuel).

There was a time when I used to make sure I had a Honda shirt on when I was on one of my Honda’s, a Guzzi shirt when on my Guzzi etc, but these days I just tend to wear the first one I pick up when I’m going out on the bike.

There are some pix of an Aprillia shirt although I’ve never owned an Aprillia, I think I picked that one up for no other reason than it was in a sale and I liked it.

Clicking on any of the pictures below will open a scrollable gallery.

The reference to Biker Shorts is really just an opportunity for me to promote a couple of books that I have written and that are available on Amazon in paperback and ebook format. Both books recount travel adventures in Europe and are in my ‘Biker Shorts’ series.

The first is called What if You Don’t Break Down and recounts a 5,000 mile trip and the other is called Superbike Across Europe and is a tale of a 4,000 mile trip. The links take you to the paperback versions but the ebooks are easy to find on Amazon as well, and maybe just as you might expect me to say – they are a good read and great value.

KICKING YOUR HEELS AND THINKING  OF BETTER WEATHER?

If you’re kicking your heels and waiting for the weather to warm up a bit and thoughts are turning to bike trips in 2017 they might just give you a few ideas or a bit of encouragement to get out and make that trip happen.

If you’ve got any favourite shirts or biker kit, feel free to comment below, I’d love to hear from you, and if you want automatic updates when I add Blog Posts click the follow box at the top of the page.