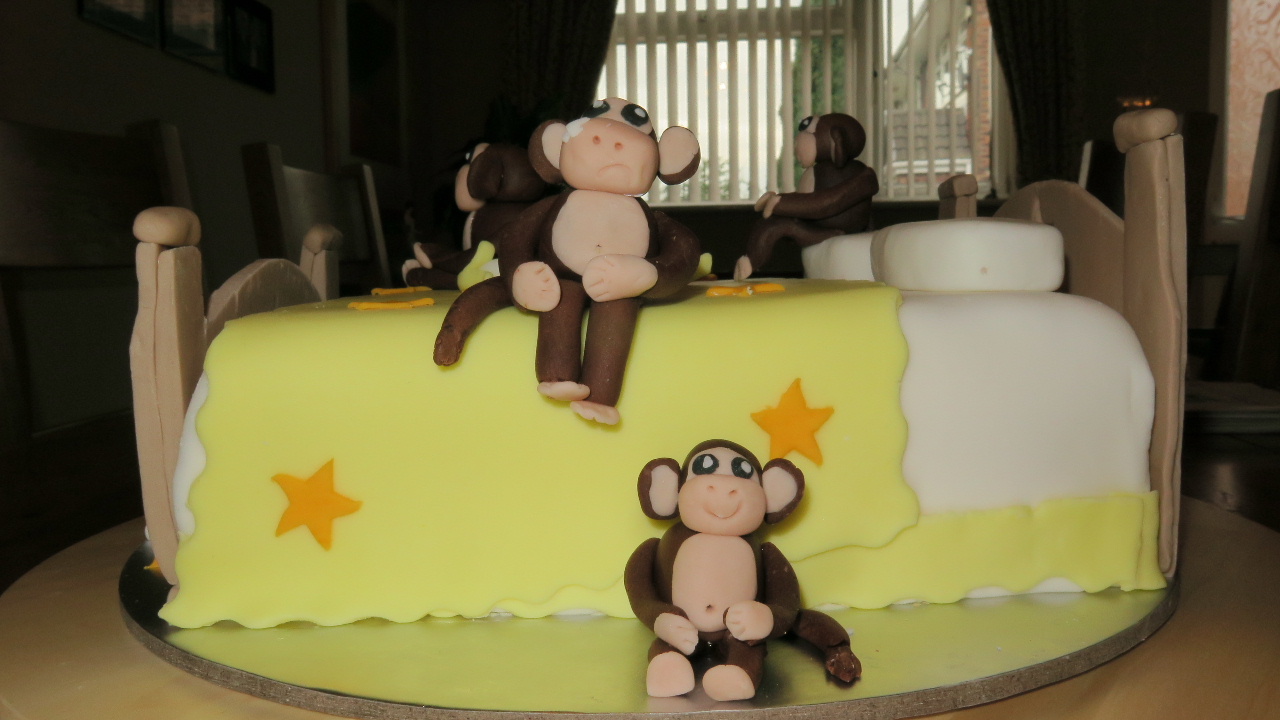 Yesterday was Daniels 4th birthday and had all the excitement and anticipation that any four year could want.

Pat has made some decent cakes in the past and I’m not quite sure which have been the best,  but yesterdays must be a contender. In the past we have had the Gruffalo Cake, which was right up there and last years Thomas the Tank Engine cake was superb

Yesterdays monkey cake, based on the Five Little Monkeys Jumping On The Bed nursery rhyme was a classic and something of a show stopper.

As you might imagine Daniel absolutely loved it. I suppose baking cakes is somewhere in the diverse and never ending Grandparents Job Description, but by any measure this one exceeded requirements, and all the effort that went into this labour of love was more than worth it.

Having said that at the point when Daniel opened the box to find it empty only to be told we had forgot the cake, then maybe just for a minute he didn’t think so, but that was soon put right.

After that it was down to the serious business of welcoming guests, opening presents and eating – what more could a four year old want?

His two year old sister Emma was fabulously dramatic throughout as she nursed a grazed knee with a blue plaster which she managed to keep on display for most of the afternoon … apart from when she forgot!

Harry of course was just Harry, with his usual serene indifference to the mayhem and excitement of a 4th birthday party.

An assortment of pictures from yesterday afternoon are posted below. Clicking the first will open a scrollable gallery